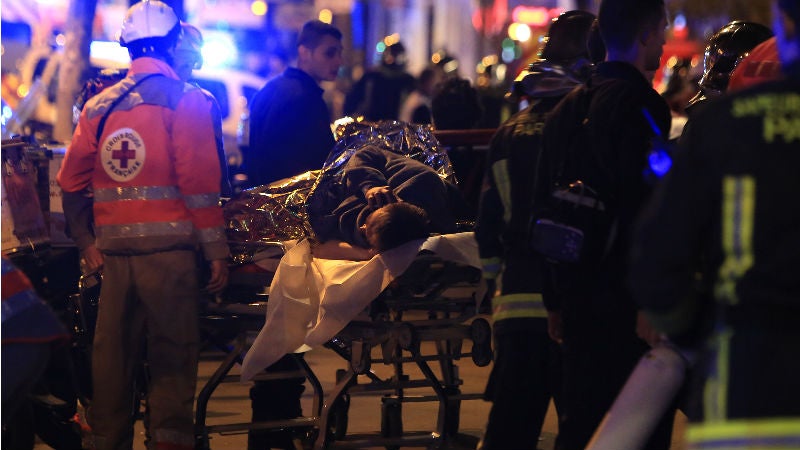 A person is being evacuated after a shooting, outside the Bataclan theater in Paris, Friday Nov. 13, 2015. French President Francois Hollande declared a state of emergency and announced that he was closing the country’s borders. (AP Photo/Thibault Camus)

The Philippines on Saturday joined the world in condemning the terror attacks in Paris where at least 39 people were killed.

The attacks happened two weeks before France hosts the climate change conference in Paris where more than 100 heads of states are expected to attend.

Over 5, 000 miles away from Paris, the Philippines, on the other hand, is preparing to host a huge summit to be attended by 21 leaders of the member economies of the Asia Pacific Economic Cooperation.

“The Philippines condemns unequivocally the horrific terror attacks on Paris. These were cowardly assaults on innocent and defenseless people,” the Philippines’ Department of Foreign Affairs said in a statement.

“There is no possible justification for such barbaric savagery. The world must stand together against violent extremism,” it said.

Assistant Secretary Charles Jose, spokesperson for the DFA, said no Filipinos thus far have been reported hurt in the incidents. CDG