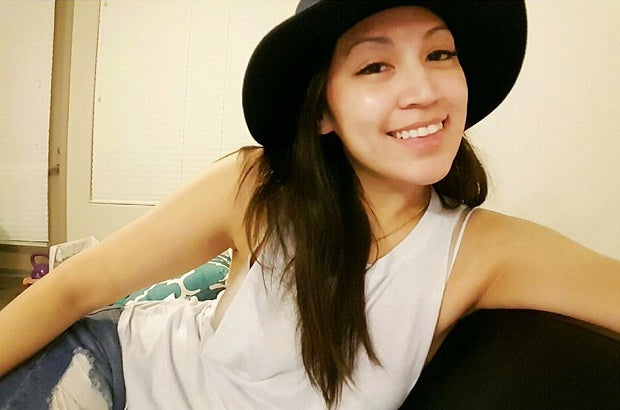 This undated file photo provided by Albert Ake is a selfie of his niece Chelsea Patricia Ake-Salvacion. The Clark County coroner’s office ruled Tuesday, Nov. 10, 2015, that Ake-Salvacion died from asphyxia caused by low oxygen levels. She was found on Oct. 20 at the spa where she worked after apparently entering the treatment chamber chilled by liquid nitrogen while she was alone at the location the night before. AP FILE PHOTO

LAS VEGAS — Weeks after a spa worker was found dead at a Las Vegas cryotherapy center, authorities said Tuesday she suffocated in the chamber chilled by liquid nitrogen.

The death drew scrutiny to the treatment where people are subjected to extremely low temperatures not found anywhere on Earth.

Backers claim it can ease pain and inflammation, aid blood flow and weight loss, improve skin and even ward off aging and depression.

The treatments, however, have not been approved for medical use by the US Food and Drug Administration.

The coroner’s ruling will likely factor into the Nevada health department’s broad investigation of cryotherapy, which could result in some of the first regulations of its kind worldwide.

Family members of Ake-Salvacion said they would keep pushing for regulation of the unproven treatments.

Cryotherapy can involve two- to four-minute-long exposures to temperatures ranging from minus-166 to minus-319 degrees Fahrenheit.

Ake-Salvacion was found on Oct. 20 at the Rejuvenice spa where she worked after apparently entering the cryotherapy chamber while she was alone the night before.

The coroner’s office said she died in an “oxygen-poor environment.”

Normal air is about 21 percent oxygen, but the coroner said cryotherapy chambers can bring down that level to less than 5 percent during treatments.

“Breathing air with this low level of oxygen can quickly result in unconsciousness and then death,” the coroner’s office said.

Her family has said Ake-Salvacion was found crumpled at the bottom of the machine about the size of a phone booth. They do not believe she made any mistakes that night, insisting she was an experienced operator of the machine.

Harris has said Ake-Salvacion had texted a friend about a possible nitrogen leak in the machine, noting that the nitrogen appeared to be used quickly.

The owners of Rejuvenice have not returned calls and emails seeking comment. They were forced to shut down Rejuvenice locations over a lack of state and local approvals unrelated to the death.

State Occupational Safety and Health investigators have said Ake-Salvacion should not have been using the cryotherapy chamber after hours. Las Vegas police say no crime was suspected.