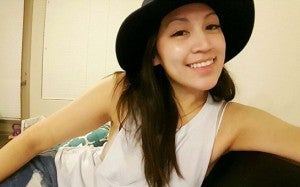 Chelsea Ake-Salvacion, 24, was found dead last week at Rejuvenice spa. She was discovered by her friend and colleague Elise Iverson, the Las Vegas Review-Journal reported.

After working a closing shift Monday, October 19, she stayed to undergo a cryotherapy session herself. Such sessions involve brief exposures to air temperatures below minus 240 degrees Fahrenheit.

The 24-year-old Filipina “froze to death,” KSNV-TV Channel 3 reported, citing friends and authorities. She was believed to be inside the machine for more than 10 hours, according to the Nevada Occupational Safety and Health Administration.

She was declared dead at 1:30 pm on Oct. 20, Coroner’s office staff said Saturday, according to the Review-Journal.

Ake-Salvacion’s death has raised concerns about the safety of cryotherapy treatment, which is used by athletes and celebrities but is hardly ever studied and not regulated by any agency.

“Cryotherapy is a safe treatment, it’s definitely safe but it’s not to be used alone,” Iverson said. “It was misused.”

The owners of Rejuvenice on Monday said they were “devastated by this accident” and are “voluntarily scrutinizing each and every one of our internal procedures to ensure nothing like this ever happens again.”

“All Rejuvenice employees undergo very strict and rigorous training, our cryochambers are never locked, and guests and employees are always supervised during the entirety of the treatment to ensure their safety,” the company said Monday, according to the Review-Journal.

Because Ake-Salvacion used the chamber for personal use outside of business hours,  Teri Williams, a Nevada Occupational Safety and Health Administration (OSHA) spokeswoman, said OSHA does not have jurisdiction over the case.

Several agencies also told the Review-Journal that they were not responsible for any investigations and pointed out that cryotherapy businesses are not regulated the same way medical clinics or salons are.

The Las Vegas publication further reported that Rejuvenice does not possess at least one business license required to have paying customers, Clark County records indicate.

The practice of whole-body cryotherapy came under the spotlight during the NBA playoffs when basketball player LeBron James said he was addressing his injuries by using a liquid nitrogen freezing chamber that could reach temperatures as low as approximately minus 300 degrees Fahrenheit.

A March 2014 issue of Open Access Journal of Sports Medicine reported, however, that cryotherapy offers minimal significant improvement over the use of applying ice packs.

Albert Ake, Ake-Salvacion’s uncle, told the Review-Journal the family disagrees with TV news reports stating she died due to an operator error.

“She knew exactly what she was doing,” Ake said, adding she had completed the procedure a number of times.

Lab results for the Ake-Salvacion’s autopsy report are expected to be available in six to eight weeks.

Through a publicist, Rejuvenice offered the following statement on Monday: “We are all incredibly saddened. “Chelsea was not only an employee, but a friend to most of us, and a wonderful person with a beautiful soul.”