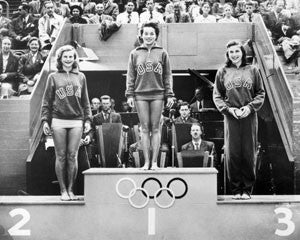 The Bay Area Sports Hall of Fame committee will determine if Draves merits inclusion on the  ballot that goes out to 60-80 reporters and sports writers in the Bay Area in December. The new inductee class will be announced in January 2016.

Recognized in the 1948 edition of Life Magazine as one of the top athletes at the 1948 Olympics, Draves achieved fame internationally as the first woman in Olympic history to win gold medals in both springboard and platform diving competitions. 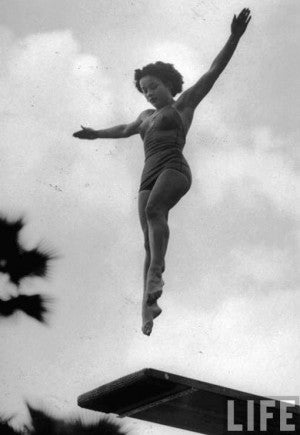 Born in San Francisco to an English immigrant mother and a Filipino father, Draves faced discrimination when the San Francisco’s Nob Hill diving club required that she drop her father’s Filipino name, Manalo, and take her mother’s maiden name, Taylor, in order to be acceptable to the organization.

Draves persevered and claimed gold medals in the 3-meter springboard and the 10-meter platform competitions at the 1948 Olympics. Her performance continues to serve as an inspiration for all athletes interested in competition regardless of race, creed or national origin.