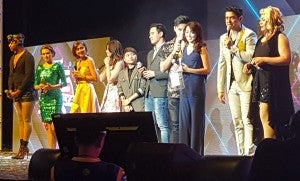 OAKLAND, California–On its eight presentation of the much-awaited annual event “One Kapamilya Go (OKGo),” The Filipino Channel (TFC) boldly proved that an all-Filipino show could be held in a mainstream venue, the Oracle Arena, home of the 2014-2015 National Basketball Association world champions Golden State Warriors.

And TFC did it with its star power. With the theme and the cast of the hit teleserye “Pangako sa Iyo,” OKGo entertained throughout the night that capped a daylong celebration of Filipino culture and cuisine in colorful booths in a Filipino fiesta-like atmosphere that took over the Oracle parking area.

Crowd lines up for one of the booths in the Oracle Arena parking lot to wait for photo opportunity in sample “Pangako Sa Iyo” set.

World-class ASAP performers Charice, Erik Santos and Morissette Amon showcased not just their singing, but also their terpsichorean skills, with touches of patriotism, boosting the audience’s nostalgia for home.

The more than two-hour main show was ably hosted by comedy duo Thou Reyes and DJ Jhaiho, who kept up a colorful banter.

Before the show itself, Consul-General Henry Bensurto, Jr. congratulated OKGo. “I am very happy to be here with our Filipino Kapamilyas to also celebrate our Filipino heritage right here in the Oracle arena,” Bensurto exclaimed. 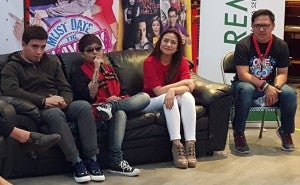 Also present was Miriam Reynosa, on behalf of State Senator Bob Wiecowski, and Assemblymember Rob Bonta, who presented to TFC an October 25 resolution from the State Senate praising the channel “for your dedication, commitment and support of the Filipino community.”

Oakland Mayor Libby Schaaf in a video message welcomed the event to the Oracle Arena and expressed her excitement at hosting the entire Filipino American community for the first time in Oakland and proclaiming the day as “TFC Pangako sa Iyo Day.” 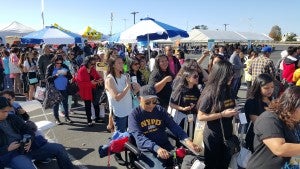 Crowd lines up for one of the booths in the Oracle Arena parking lot to wait for photo opportunity in sample “Pangako Sa Iyo” set.

ABS-CBN Global Ltd. Chief Operations Officer Raffy L. Lopez thanked subscribers and the audience for watching TFC’s shows and promised to continue to bring the best Filipino programs to connect with the homeland.

In the press conference held in the morning of the OKGo, network executives shared what they thought as the reasons for the success of the annual event since it started in 2007.

“I think one of the reasons why ‘One Kapamilya Go’ even after eight years of we try to make you experience in person whatever you see on TV,” said Global Carriage and TFC region marketing head for North America Jun del Rosario. 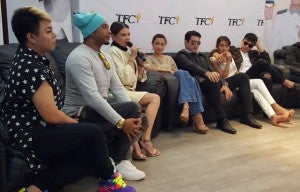 Ricky Resureccion, TFC head of advertising/sales marketing and events, concurrently project leader of One Kapamilya Go, added that “Pangako sa Iyo” is one of the top-rating, if not the top-rating, prime time telenovelas in the Philippines and it underwent a long process to make sure that it be the subscribers’ primary choice among the many properties of ABS-CBN. 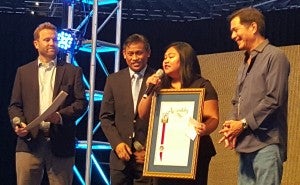 “You want to make sure that your identity is intact. OKGo is one of those venues and opportunities for our kababayans to feel their being Filipinos. It really feels sweet that once in a while, if you are in another country, not to think that you are outside of the home country. What you have in mind is that you are in the company of your kababayan. That fuels them and us to continue in dealing with the difficult life outside of the Philippines,” Resureccion concluded.