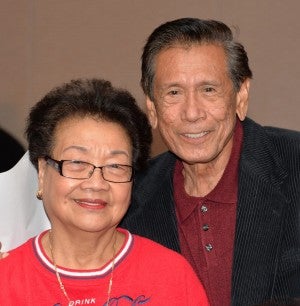 Yoly and Johnny Arzadon, who arrived in the U.S. in 1969, consider themselves beneficiaries of the 1965 Immigration and Naturalization Act. PHOTOS BY JON MELEGRITO

WASHINGTON, D.C.–Fifty years ago this month, the U.S. passed a landmark immigration bill that opened doors to Asians and Africans who have been largely excluded from entering the country before. Before this law, only 50 Filipinos, for instance, were allowed each year to immigrate to the U.S.

But the 1965 Immigration and Naturalization Act (INA) effectively changed a quota system based on national origin, which mainly favored people from European countries. After that year, the number of immigrants from Asia dramatically increased, eventually enabling millions of Filipinos to make the United States their new home.

Yolanda and Johnny Arzadon of Alexandria, Virginia, were among them. Availing of INA’s “skilled worker” preference, the Arzadons didn’t have any problem getting their green cards in 1969, the year after the law’s implementation. As an architect, Johnny was immediately hired by a Washington D.C. architectural firm, while Yoly found employment in the federal government.

They both retired five years ago. But they continue to be involved as volunteers and leaders in various organizations doing charity work and community service. Johnny helped form a Filipino organization of engineers and architects, while Yoly led several initiatives to present Philippine arts and culture to mainstream audiences.

After getting themselves established in 1969, the Arzadons petitioned for their four children to join them a year later: Joseph, 8; Jhett, 11; Junior, 13; and Rey, 17. They had been living with their grandparents in Moncada, Tarlac. With INA, priority was given to families so that immigrants could sponsor their children and relatives. 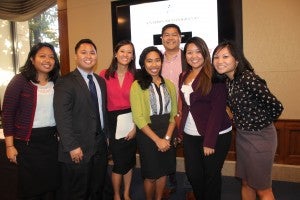 Born after passage of the INA in 1965, these Filipino American activists are committed to preserving the legacy of the landmark legislation and fighting for comprehensive immigration reform. Posing for a photo after the Capitol Hill event are (from left) Auria Joy Asaria, Justin Trinidad, Katrina Dizon, Ryann Tanap, Ben de Guzman, Krystle Canare and Mary Tablante.

“It was so much easier then,” Yoly, 68, recalls. “We came at the right time when there was a need for our professional services. We felt very welcomed.”

Adds Johnny, 71: “And we wanted to make sure our kids get a good education. If we didn’t leave the Philippines, we’d be struggling to make both ends meet. Providing our children a better life was our primary goal.” Johnny grew up poor in a farm in Tarlac.

The Arzadon children, now in their 50s, are all successful professionals in their own right. The oldest is an architect, like his father, and the youngest is a dental surgeon, whose passion is humanitarian service. Joseph, 54, heads the non-profit Virginia-based Medical Mission of Mercy (MMOM), which provides free medical, surgical and dental services to the underprivileged. Every year, MMOM organizes a volunteer team of doctors, nurses and medical experts who spend two weeks in towns and barrios in the Philippines.

“Our whole family is involved in this mission,” Yoly says. “It’s our way of giving back to our kababayans who don’t enjoy the same benefits we have here, like basic health care. I’m so proud of my children for their spirit of compassion and concern for the wellbeing of others. Although we sent them to the best schools and they have good-paying jobs, our children have not forgotten where they came from.”

Five years after passage of the INA, there were 343,060 Filipinos in the U.S. In 1990, that number rose to a million and a half. Today, there are nearly four million Filipinos, the second largest Asian immigrant group, but among the fastest growing in the nation. 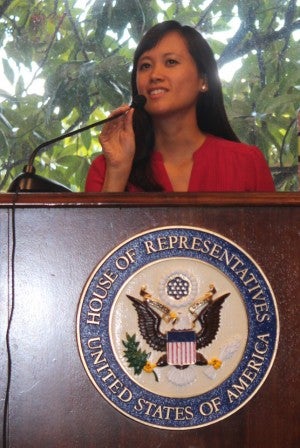 SEARAC Policy Director Katrina Dizon opens a program commemorating “The 1965 Immigration and Nationality Act and its Legacy in Re-defining America.”

While most Filipino immigrants settled in California and Hawaii, a relatively smaller number – like the Arzadons – chose to live in East Coast. The Washington, D.C. metropolitan area attracted many Filipino professionals, like Yoly, to work in the federal government.

“I’m just now beginning to appreciate what the 1965 immigration law means to our family,” she adds. “We have been so blessed with many opportunities in jobs and education. As they say, only in America.”

Although the 1965 legislation abolished discriminatory national origin quotas and ushered in a time of tolerance and acceptance, the U.S. today has “grown increasingly xenophobic and distrustful of many of the same immigrants that were once welcomed at our borders,” says Katrina Dizon, a Filipino American policy analyst with the Southeast Asia Resource Action Center (SEARAC).

Among them is Filipino World War II veteran Rudy Panaglima, 85, of Arlington, Virginia. “My wife, Pura, and I have been waiting for my two sons to join us,” he says. “It’s been more than 20 years.”

Panaglima, who was a 13-year-old runner with the Philippine guerillas, remains hopeful his children will come soon, especially after President Obama took executive action to fast-track their pending visas.

At a recent briefing in Capitol Hill sponsored by SEARAC and the Congressional Asian Pacific American Caucus (CAPAC), Dizon and several speakers reflected on the significance of the 1965 legislation.

“The year 1965 was an amazing year,” said Rep. Becerra. “People from every part of the world and from all walks of life came to America. Their diversity is what makes our country great. But there’s something wrong with our immigration system today. I hope it doesn’t take another 50 years to fix it.” 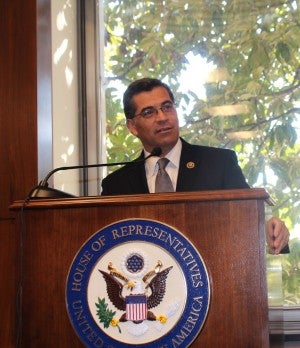 Added Erin Oshiro, director of Immigration and Immigrant Rights of the Asian Americans Advancing Justice (AAJC): “The INA lifted the exclusion of immigrants from Asia, Africa and the Middle East, and changed the face of today’s American population.”

Since the INA, said Oshiro, the Asian American population has increased ten-fold, and Asian Americans are now, and will continue to be, the fastest growing racial group in the nation.

The Asian American population is projected to double from 5 percent to 10 percent of the United States population by the early 2040s.

“It’s incredibly important that we invest in Asian American communities, and recognize that with our growing political power, we have the opportunity to truly impact the future direction of our nation,” Oshiro added.

“However,” Michael W. Kwan, national president of the Organization of Chinese Americans (OCA), noted, “despite the historical success of the INA, our communities still continue to face immigration hurdles.

Family members of Asian Americans continue to wait for decades to be reunited, Kwan said. Over 1.3 million undocumented Asian American immigrants remain hidden in the shadows for fear of deportation; and due process eludes individuals in detention and deportation proceedings. 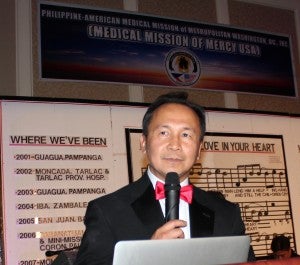 Joseph Arzadon, a dental surgeon, thanks his parents for the opportunity of a good education in the U.S. and a chance to help the underprivileged in the Philippines.

“We must repair our immigration system to support immigrant communities and create fair and humane immigration policies that protect our communities rather than keep our families divided,” Kwan concluded.

A nation of immigrants

Noting the widespread immigrant-bashing that has become prominent in the current presidential debates, Christopher Kang, national director of the National Council on Asian Pacific Americans (NCAPA), said, “This kind of rhetoric only marginalizes new Americans and those who would like to become Americans. We must remember that the United States is — and will always be — a nation of immigrants, and we urge lawmakers to fight for comprehensive immigration reform for our families and our communities.”

Dizon remains optimistic that another landmark immigration reform legislation will be passed soon.

“The overwhelming number of Americans are for it,” she says. “As a 1.5 generation immigrant and recently naturalized U.S. citizen whose family also struggled to navigate this country’s complex immigration laws, I stand in solidarity with the millions of men, women and children who are undocumented, live in fear of deportation, continue to be separated from their families, and lack any form of relief or path to citizenship. We have come so far from where we were as a country when the INA was passed fifty years ago.”