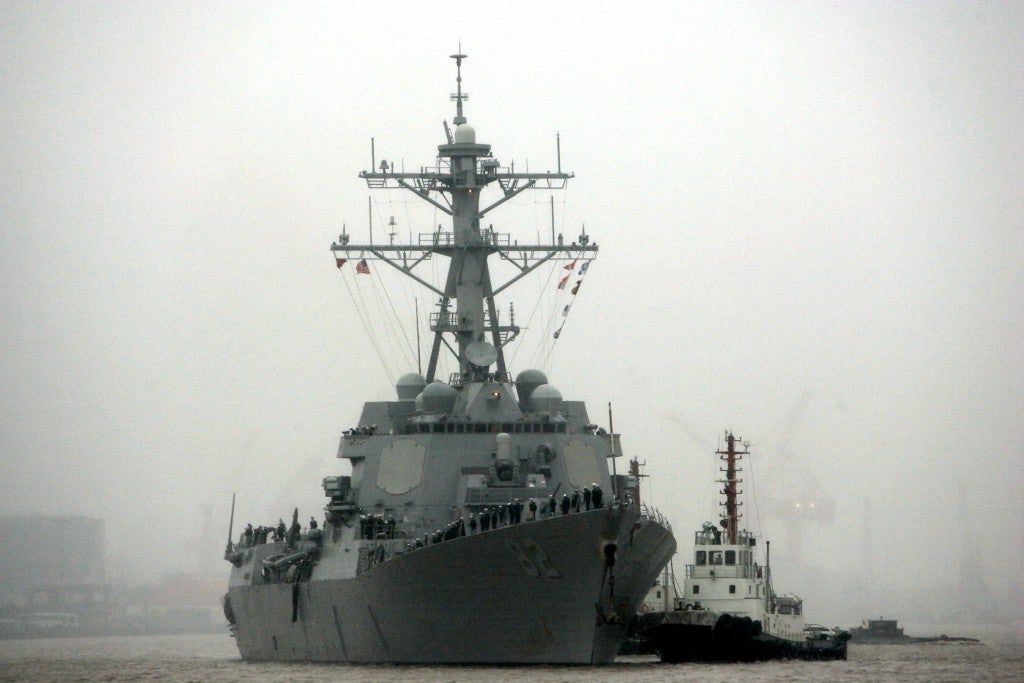 In this April 8, 2008, file photo, guided missile destroyer USS Lassen arrives at the Shanghai International Passenger Quay in Shanghai, China, for a scheduled port visit. The USS Lassen has sailed past one of China’s artificial islands in the South China Sea on Tuesday, Oct. 27, 2015, in a challenge to Chinese sovereignty claims that drew an angry protest from Beijing, which said the move damaged US-China relations and regional peace. AP

The US government informed Japan and other countries concerned of its plan to continue patrolling in the disputed South China Sea, saying the patrols would last for several weeks or more, The Yomiuri Shimbun learned Tuesday from several diplomatic sources.

On Tuesday the US Navy sent a guided-missile destroyer within 12 nautical miles (22 kilometers) of artificial islands built by China in the Spratly Islands.

The United States plans to continue naval patrols to display its political will and impress upon China that it will continue to assure freedom of navigation in the South China Sea and will not allow unilateral changes in conditions there, the sources said.

According to the diplomatic sources, the US government made after-the-fact explanations to countries involved and stated the duration of additional patrols.

In the explanations, it clarified that the USS Lassen sailed within 12 nautical miles of Subi Reef in the Spratly Islands without seeking prior approval from China.

Any move by the United States to seek approval from China would signify that Washington accepts Beijing’s claim to the waters. The United States conducted the patrol without prior notification on Tuesday apparently in order to clearly show that it rejects China’s assertion.

The US government also said that its destroyer did not enter Mischief Reef on this occasion, according to the sources.