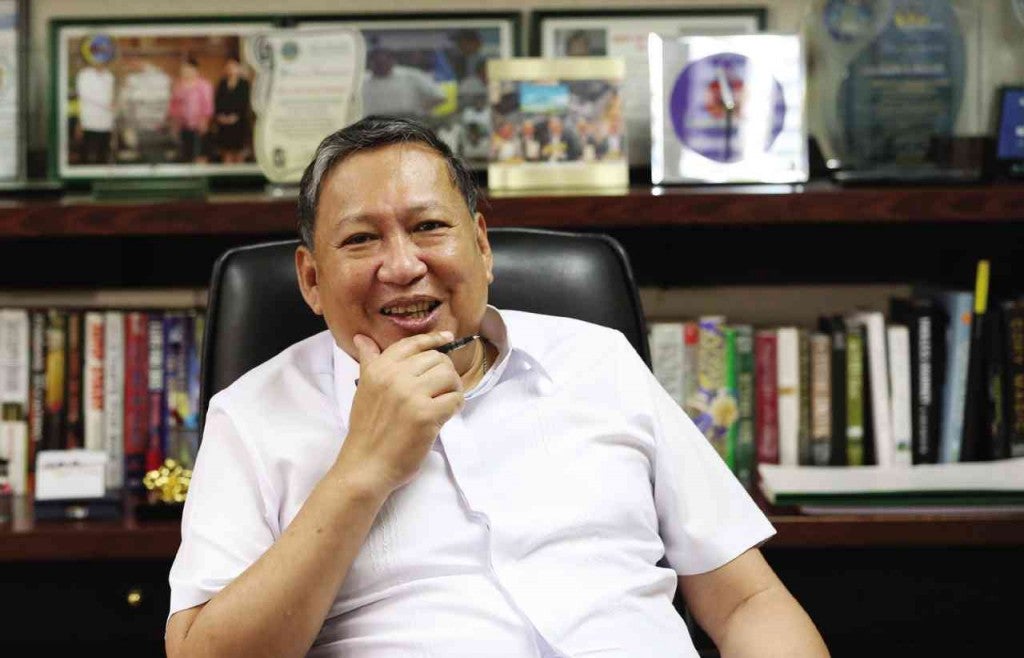 Two members of the House of Representatives are seeking a probe of Manila International Airport Authority (MIAA) officials for failing to curb the alleged “tanim bala” (planting-a-bullet) scam, which victimizes airline passengers.

In the supposed scam, airport passengers are detained after a bullet is found in their luggage, and then asked to fork over money in exchange for the dropping of charges against them.

Rep. Sherwin Gatchalian of Valenzuela City and Rep. Carol Lopez of Yacap (You Against Corruption and Poverty) asked the House to look into extortion attempts that have put the country’s airport authorities in a bad light.

Gatchalian cited the recent victims—OFW Gloria Ortinez and Japanese Kazunobu Sakamoto—who were arrested, detained and charged with carrying bullets in their luggage, cases no different from previous  “tanim bala” incidents.

Ortinez was barred from flying to Hong Kong after Office of Transportation Security (OTS) personnel arrested her on Sunday. A bullet was found in her hand luggage during the routine examination by the X-ray machine at the Ninoy Aquino International Airport (Naia) Terminal 2 departure area.

Ortinez was released after spending a few days in police detention.

Sakamoto was arrested by the Philippine National Police-Aviation Security Group after the OTS found two bullets in his baggage.

“This is becoming an international embarrassment. OTS personnel do not only shamelessly victimize our country’s modern-day heroes, but are also not afraid to prey on foreigners,” said Gatchalian, a senior vice chair of the House committee on tourism.

Last month, Sen. Ralph Recto filed a resolution calling for an inquiry into the supposedly yearlong season of planting bullets in passengers’ luggage at Naia.

He said the investigation that he was seeking would also cover other schemes to defraud airport passengers, including theft from luggage and the use of fraudulent meters in taxis from the airport.

“A Senate investigation is needed because agencies operating in Naia have failed to curb the abuses on their own. There is no working system that is ‘guarding the guards,’” he said.

If there had been internal checks, such activities would have been detected, he said.

“It is time to straighten out the mess in Naia. Compounding the situation is the alphabet soup of government agencies operating inside Naia, functioning as independent republics, with no superagency conducting an oversight,” he added.

In the House, Lopez said the extortion attempt on Ortinez made her “blood boil” because the victim appeared hopeless and fearful in her situation.

“I hope, too, that the authorities handle the case of Gloria Ortinez swiftly and with sensitivity to protect her family. She has been an OFW for more than three decades. I will fight for her and I wish the nation would fight for her, too,” Lopez said.

MIAA officials should ensure that the perpetrators of the scam are caught and punished for preying on hapless victims and for tarnishing the country’s image, Lopez said.

OFW Family Rep. Roy V. Señeres said the latest incident involving Ortinez should be the final straw for the President to fire Honrado.

Señeres, a former ambassador who filed his candidacy for President in the 2016 elections, said it was bad enough that the country’s airports were in terrible shape and congested, and these “shameless” MIAA personnel would blackmail airline passengers with a planted bullet.

Since Honrado, a retired general, took over Naia operations in 2010, his term has been marked by mismanagement and controversy as shown by the poor maintenance of the facilities, choked-up runways and lack of surveillance equipment, the lawmaker said.

“Naia must stop victimizing OFWs. I am calling on those abusive Naia personnel from top to bottom to find other means of legitimately earning a decent living instead of continually preying on OFWs who have done nothing but sacrifice and work hard overseas for their family,” he said.

In the Senate, Recto said the penalty for possessing a single bullet should be refined so that the firearms and ammunition act would no longer motivate unscrupulous personnel from scamming airport passengers by planting a bullet in their luggage.

He said the prescribed penalty for unauthorized possession of ammunition was six to 12 years’ imprisonment. The same penalty would apply whether one bullet or one truckload of bullets is involved.

“Such penalty may be too harsh for single bullet,” Recto said.

He said the Comprehensive Firearms and Ammunition Regulation Act had become a source of temptation for those behind the alleged “tanim bala” operation in the country’s airports.

“How can this be refined to accommodate gradations in the gravity of the offense to include a policy of reprimand if only one bullet is involved?” Recto said.

He said the Philippine National Police should disseminate the section of the firearms and ammunition law prescribing penalties for any person who would insert or place any firearm or ammunition in the person, houses, effects, or immediate vicinity of an innocent individual to implicate him in an illegal act.

Recto also said authorities should focus on rounding up 1.9 million loose firearms instead of targeting those who supposedly possess a single bullet in their travel bags.

“[A total of] 145 people get robbed every day, 451 people are victimized by thieves every day, 28 women get raped every day, and 27 are killed every day. And the only ‘criminal’ they can parade on TV is a hapless OFW who’s been caught with one bullet whose provenance was later doubted by justice department prosecutors?” he said.

Cases of alleged “planting” of bullets by security personnel in the luggage of passengers at Naia have prompted authorities to improve its surveillance system.

The incidents, which came to be known as “laglag bala” or “tanim bala,” have caused the Department of Transportation and Communications to relieve the personnel concerned pending the results of a probe of the complaints.

On Sept. 29, a .22 cal. bullet was discovered by a baggage inspector who manually checked the suitcase of American Gemma Kauffman at the airport terminal’s final security checkpoint.

Pablo Francisco Balagtas, head of the Philippine National Police Aviation Security Group, said Kauffman had admitted it was hers but said it was only an amulet. Kauffman was later allowed to board her flight.

Likewise, a .22 cal. bullet was found in the bag of American missionary Lane Michael White on Sept. 17. According to him, he refused to pay the P30,000 allegedly demanded by two security personnel of the Office for Transportation Security (OTS) to settle his case.

White, who denied the bullet was his and claimed he was framed, was charged in court with illegal possession of ammunition and spent six days in jail. He got out after posting a P40,000 bail.

Another passenger, a wheelchair-bound Filipino-American woman, said she gave P500 to the OTS personnel so she would be cleared to fly home to California after two .22 cal. bullets were allegedly found in her suitcase.

Transportation Secretary Joseph Emilio Abaya suggested that passengers at airports may be asked to open their luggage themselves to prevent the alleged planting of bullets by security personnel.

“Fully documenting the security screening of passengers at the airport would protect the OTS personnel from accusations of tampering with the baggage and assure passengers that they will not be victimized by unscrupulous persons,” he said. Inquirer Research/ TVJ