10 reasons Filipinos should be grateful to Marcos 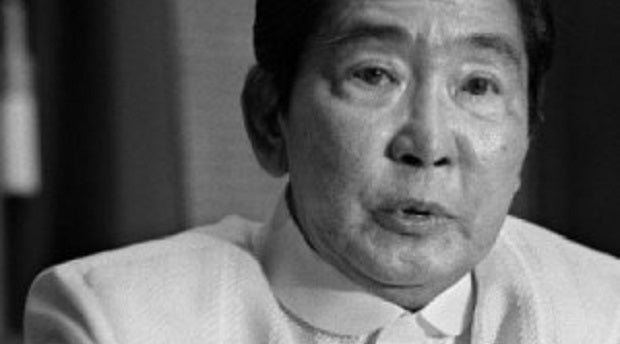 There’s been too much talk about an apology from the Marcoses. Not enough about gratitude to the late dictator and his allies.

That’s probably why Bongbong Marcos wants Filipinos to forget about what happened to us during his father’s reign.

You can’t really blame him — the focus in media and social media has been on the abuses during Marcos’ 21 years in power.

In fact, there are reasons why we should be grateful to the dictator. Here are some of them:

Ferdinand Marcos was not the first, or the last, president to abuse his power. But, certainly, he set a seemingly unbreakable record. The nightmare of his 21 years in power still haunts us today, a powerful, constant reminder of a chapter in our history that must never be repeated. That’s worth something.

To be fair, Marcos and Imelda did not invent wealth-flaunting. The elites have been doing that for generations well before he came to power. But the Marcoses certainly took the brazen display of extreme affluence, in the face of extreme poverty, to a new low. I mean how can how one justify owning 3,000 pairs of shoes and bragging about it?

Presidents who came after Marcos certainly ran into this problem. Yes, Philippine politics is still widely considered as an easy road to easy money, but too much greed is now generally accepted as being dangerous to one’s political career. And we have to give credit to Marcos for this, for making Filipinos extremely suspicious of political leaders who suddenly get rich.

Now take note: I said “brazenly.” For I know, elections Philippine-style are still dirty and cheating-prone. But still, given our experience with Marcos, there’s a line, especially in national races, that I suspect candidates will not cross for fear of sparking a severe backlash.

Funny how, for a people who love dance, we don’t trust politicians who want to do the cha-cha. This could be a problem later one when the country does need to make changes in the basic law of the land. But then again, after what Marcos did, Filipinos are rightfully suspicious of anyone wanting to fool around with laws meant to prevent power-hungry politicians. “One to sawa” dynasty, anyone?

“Sa Ikauunlad ng Bayan, Disiplina ang Kailangan.” “For our nation to develop, we need discipline.” That was the regime’s slogan for Marcos’ New Society. It worked for a time, mainly because people knew that, by discipline, the dictator meant, “Shut up and submit, or else.” It got so bad that one U.S. official observed that the Philippines in the ‘70s and ‘80s had turned into a country of “40 million cowards and one SOB.” Well, Filipinos were willing to let that be the case only for so long.

Oh, Marcos and Imelda look so happy and proud in photographs with Ronald and Nancy Reagan. They were friends after all. Reagan even sent his Vice President George H.W. Bush to Manila to praise Marcos’ “adherence to democratic principles.” A few years later, the dictator was gone. The Reagan White House finally realized he was a liability to U.S. interests.

I must confess that I was thrilled when Marcos imposed Martial Law. I was eight years old when it happened, and for a few weeks I didn’t have to go to school and there was nothing but cartoons on TV.

But then, once back in school, my schoolmates and I had to learn these new weird songs about the new order and how everything was great about the regime — and about Ferdinand and Imelda Marcos.

Nowadays, epal politicians who like having their names and pictures on billboards and public places can expect to be criticized and attacked. We can thank Marcos and Imelda for this. In many ways, the anti-epal mood is rooted in how Filipinos grew so disgusted with the Marcoses.

What can be more epal than having gigantic bust of yourself constructed along a major highway you named after yourself.

Only in the Philippines could yellow confetti become a symbol of protest. And nuns praying the rosary in front of tanks?

You just won’t find such an act of defiance in other places.

But even before the People Power Revolt, during the darkest days of dictatorship, Filipinos were already coming up with creative ways to defy the regime. Students at UP used to launch lightning rallies, in which they marched from one floor to another yelling slogans and waving banners and then quickly folding the banners away and dispersing before the cops showed up.

One thing became clear during the Marcos years: Even during dark times, Filipinos can still maintain a healthy sense of humor.

How can one not laugh at Marcos and Imelda’s antics?

The first time I met Imelda in person was when the UP Collegian staff interviewed her at the Manila Hotel in 1984. The highlight of the meeting was when Imelda explained her theory of cosmic rays from outer space that she said would protect the country.

I distinctly remember a classic during one of the rallies after Ninoy’s assassination and Marcos’ face often looked swollen as he reportedly battled lupus. The protest poster read: “Mamaga sana ang mukha ng nagpapatay kay Ninoy.” “I hope whoever had Ninoy killed gets a swollen face” (Well, it’s funnier in Tagalog.)

And without Marcos, what would have happened to Willie Nepomuceno, undoubtedly one of the most talented Filipino humorists ever? He was so good with his Marcos impersonation, that during the critical hours of the People Power Revolt, when the dictator appeared on TV to prove he was still in charge, there were those who believed it was a ploy – with the popular comedian in the starring role.

Of course, Willie Nepomuceno’s career faced a crisis when Marcos was kicked out of the country, and later died. But he quickly bounced back, doing other politicos, including former Presidents Fidel Ramos and Joseph Estrada.

Fortunately, like the late tyrant, Willie Nepomuceno did not intend to die.

That’s what Marcos once declared: “I do not intend to die.” His family and supporters apparently understood that to mean he does not want to be buried, too. That’s why they’re keeping him in a refrigerated vault.

In a way, Marcos was right. He’s back. His son and his allies want us to forget what his regime did.

Unfortunately for Bongbong Marcos & Co., there are many of us who don’t want to forget and who say: #NeverAgain.

(This is an updated version of a list six years ago, which clearly is worth revisiting. If you also want to express your gratitude to the late dictator, please visit the NeverAgain page on Facebook.)