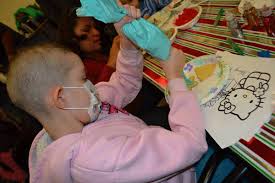 PALO ALTO, California – California’s upward trend in the rates of new cancer diagnoses of children and youth up to age 19 closely mirrors that of the nation, but in a number of Northern California counties, rates have risen precipitously between 2000-2004 and 2008-2012, according to Kidsdata.org of the Lucile Packard Foundation for Children’s Health.

In San Mateo, Sacramento, Sonoma, and San Francisco, all counties with incidence rates of about 20 per 100,000, rates rose between 20-39 percent during the same period.

Similar to adults, survival disparities for children with cancer may be associated with socioeconomic status, health coverage, early diagnosis, quality of care and genetic factors.

According to the Lucile Packard Foundation for Children’s Health, to ensure that all children afflicted with cancer have the best possible health care, policies should prioritize providing care in the context of a “medical home,” supporting pediatric centers of excellence, supporting quality of life services, and working toward a unified, efficient and comprehensive payment system for cancer treatment.

Currently, families must navigate a complicated web of service systems with confusing payment policies, which can result in delayed or denied services for children and financial hardship for families.