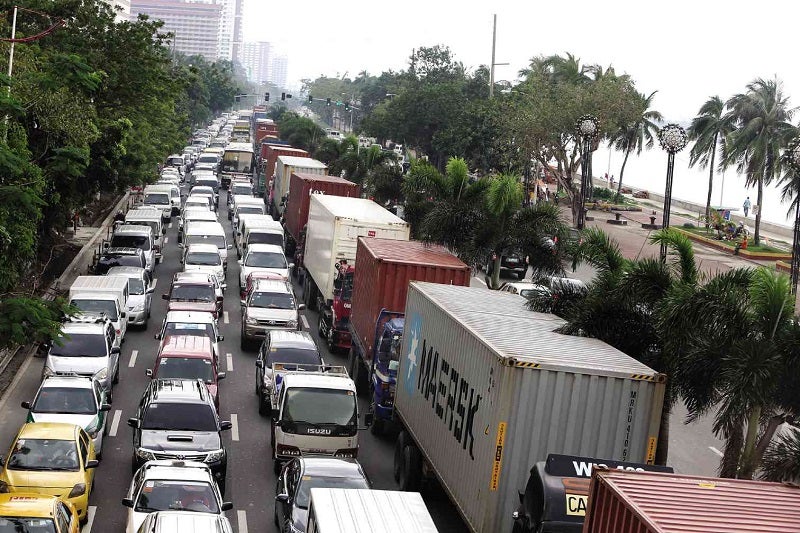 With the re-implementation of the truck ban along all Metro Manila roads starting Tuesday, the local government of Parañaque announced that the city would expand its truck ban to ban cargo trucks from the city’s major streets from 6 a.m. to 9 a.m. and from 4 p.m. to 8 p.m., Mondays through Fridays.

In a statement on Sunday, Parañaque City Mayor Edwin Olivarez announced that the move was also in anticipation of the Manila leg of the Asia Pacific Economic Cooperation (APEC) summit and to address the “worsening traffic congestion in Metro Manila.”

Olivarez added that the expansion would involve changes in the previous city ordinance that regulated trucks inside the city but “only along secondary roads.”

Under the expanded truck ban, trucks will be prohibited from using Sucat Road, the East and West Service Roads of the South Luzon Expressway, Ninoy Aquino Avenue, Airport Road, and Quirino Avenue, according to the city government.

He claimed that the expanded truck ban would prevent APEC summit delegates from getting stuck in traffic jams.

He, however, said that six-wheeler trucks would be exempted from the ban.

“[This will] allow logistics and cargo forwarding companies to move their cargoes to and from the airports and their warehouses anytime,” the city mayor said.

The city government expects heavy traffic when the APEC summit begins on Sept. 16 since there are convention venues in the city and it is also where the Ninoy Aquino International Airport is located.

“The full implementation of the truck ban is our response on the call of Malacañang to local government units to have immediate solution on the monstrous traffic problem in the metropolis,” Olivarez said.

Along with this traffic plan, the mayor also ordered the removal of illegal and ambulance vendors along sidewalks and the strict enforcement of the tricycle ban along the city’s major roads.