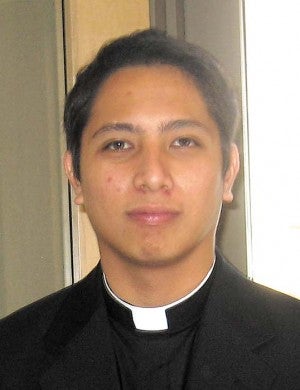 Police in Sherwood, Oregon, have issued a warrant of arrest for Fr. Ysrael Bien, who is believed to have fled to the Philippines.

SAN FRANCISCO — Police in Sherwood, Oregon, have issued an arrest warrant for a Filipino priest who allegedly placed a hidden camera in a church bathroom, but he has fled to the Philippines.

After a boy discovered a camera hidden in an electrical socket in the bathroom of the St. Francis Church in Sherwood in April. Court documents say Father Ysrael Bien told his parents an elaborate story over the course of a month about a police investigation that never actually took place.

Bien was not charged with a crime at the time due to insufficient evidence, and the Archdiocese of Portland placed him on administrative leave on June 28.

However, a customer sent a query to Spyguy Security of Dallas, Texas, if it had sold any hidden cameras to anyone in Sherwood, Oregon.

A spokesman said they Googled for any news item about Sherwood and found Bien’s name, which matched with one of their receipts.

An arrest warrant was issued for Bien on Tuesday, August 18 on charges of personal invasion of privacy, tampering with physical evidence and initiating a false police report.

Officers with the Sherwood Police Department attempted to locate Bien at his last known residence, but according to another priest at the home, Bien may no longer be in the U.S.

Bien, who was apparently visiting family in the Philippines, was reportedly asked by his archdiocese to return after his home leave, but he has not replied.

Parish spokespeople expressed regret that one of their priests was involved in a grave misconduct and praised the diligence of Sherwood police.

Concerned parishioners, however, criticized the church for not withholding Bien’s passport when he was named a person of interest.

In an affidavit for search warrants filed in Washington County, Sherwood police said a 15-year-old boy found a hidden camera in the men’s restroom at the church and brought it to Bien on April 26.

The camera was reported to be 30 inches off the floor, or waist-high, and disguised to look like an electrical outlet. Sherwood police released a photo of a similar device.

Two days after the camera was discovered, the teen’s father contacted Bien asking if police wanted to talk to his son or get his finger prints, according to court documents.

Those documents state Bien told the family an elaborate story over the next month about a police investigation that never occurred. Bien reported the camera stolen to police on May 20.

Court documents state he told detectives he was advised by an attorney not to answer their questions, so he was informed they would be applying for a search warrant of the church and his home.

The search warrant was obtained for items including his computer, a hard drive, a USB flash drive, his iPhone and iPods.

The archdiocese was notified of the case at that time, but did not place Bien on leave for more than a month due to an “abundance of caution not to interfere with an ongoing police investigation,” according to a statement from the archdiocese.

Anyone who believes they may have been a victim of privacy invasion at St. Francis Church is also asked to contact detectives at 503-925-7117.

Filipino priest in trouble over camera in Oregon church bathroom