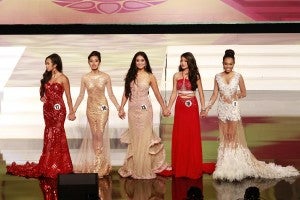 Bb. Pilipinas USA 2015 Juanne Elisha Aquino did not think she would make it to the Top 2, but she said ambition and determination eventually contributed to her success.

“It took ambition and determination through this journey to the crown. I did face a few health issues. I was in Vegas last week and my feet were getting numb. Today, I’m in complete shock and I almost fainted on the red carpet,” said Aquino, “I definitely made a lot of friends and learned a lot of leadership skills, also confidence, I lack in that, so this pageant definitely helped me gain confidence.” 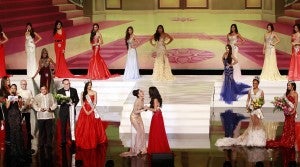 Judge Tia Carrera said the question-and-answer portion “holds the most weight” for her. I think it’s important that if a girl is going to be representing an entire country then she should be able to express herself properly and to explain herself with tact, dignity and poise.”

“I just want to tell them don’t let anyone put a ceiling over your sky. You can do it, follow your dreams and make your mark,” stated judge Marc Anthony Nicolas. 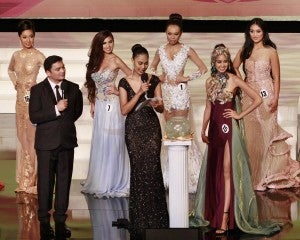 Before coronation night some candidates made it onto the Social Media portion of “The Talk” aired on CBS.

Special awards went to the following: