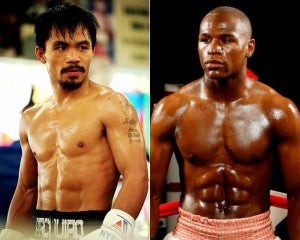 LOS ANGELES — Plaintiffs who allege that the May 2nd boxing match between Filipino champ Manny Pacquiao and undefeated Floyd Mayweather Jr. was a fraud will get a chance to settle their cases before a federal judge in California.

The long-awaited match, dubbed the “Fight of the Century” at the MGM Grand in Las Vegas, received 4.4 million viewers who paid up to $100 each to watch on pay-per-view. Disappointed viewers criticized both boxers’ performances, particularly Mayweather’s, who won the fight by the judges’ unanimous decision.

Judge R. Gary Klausner, who heard arguments in cases filed last year against Sony Pictures related to a major company cyber-hack, will decide if the Pacquiao cases are granted class-action status before any trial proceeds.

A panel of judges that decides whether to consolidate similar claims brought in different jurisdictions into a single courtroom ruled Friday, August 14, that lawsuits filed in multiple states will be heard in the Central District of California, where Pacquiao was said to have injured his shoulder while training for the fight.

Pacquiao, 36, injured his rotator cuff in April during a training exercise. His team did not disclose the injury until hours after the May 2 fight, when Pacquiao said that he re-damaged the shoulder during the fourth round against Mayweather. Nevada Athletic Commission officials have considered fining or suspending him for not reporting any injuries on the pre-fight questionnaire.

The U.S. Judicial Panel on Multidistrict Litigation said in its final decision Friday that “determining the severity and timing of the boxer’s rotator-cuff injury could require significant factual, and possibly expert, discovery.

“Questions about the facts of the case, including for example who knew about the injury, are sufficiently complex to warrant consolidating the large number of related cases,” the panel said.

At least 32 lawsuits had been filed as of mid-May in California, Nevada, Florida, Illinois, Maryland, New Jersey, New York and Texas. Several more appear to have been filed since.

Pacquiao and his promoter Top Rank Inc. are named in all of the lawsuits, and most also include Mayweather, his promoters, as well as cable companies HBO and Showtime.

The lawsuits argue the injury was not revealed until after the May 2 fight, too late for the millions of worldwide viewers who paid to watch it. HBO and Showtime have said they earned more than $400 million total from the fight.

In court filings, attorneys representing Pacquiao and Top Rank have said the claims are without merit.

An attorney for the defendants declined to comment on August 17, as well as representatives for HBO and Showtime.

Each of the boxers earned more than $100 million in a single night.