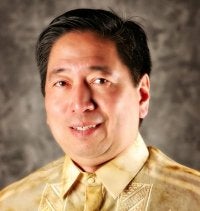 SAN FRANCISCO – A spokesperson for the Philippine Department of Foreign Affairs sent a response to INQUIRER.net columnist Rodel Rodis (Global Networking), whose Aug. 13 column questioned the cost of evacuating 766 OFWs from strife-torn Libya to safety in Malta (“Questionable $1.8M rent of ship to evac 766 OFWs from Libya”).

Rodis questioned why the government paid so much when a different shipping company could have done the job at the cost of only “Lumpsum Euros 345,000” (quote from Virtu Ferries Ltd.). The price quote was sent by Virtu Ferries to Mr. Kevin Attard in Malta.

Attard had reportedly been requested by outgoing Ambassador to Rome, Virgilio Reyes, to help the Philippine government find an evacuation ship. Attard stated that his search led him to Virtu Ferries’ offer, but that he never heard back from Philippine diplomatic officials. The next thing he knew, he said, the OFWs had been evacuated to Malta on a ship that was rented for $1.8 million.

Below is the letter to Rodis signed by DFA spokesman Charles C. Jose:

With regard to your recent article on the evacuation of Filipinos from Libya via Malta, I wish to inform you of the following:

I hope to have provided you important information on the matter.

Questionable $1.8M rent of ship to evac 766 OFWs from Libya to Malta