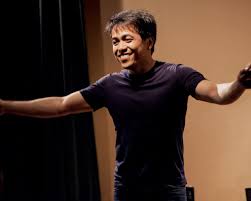 Jeremy Rafal of “The Boy from Bantay.”

NEW YORK CITY — It’s the height of summer, and it’s Fringe season again. This year, a couple of Ilocano artists, Jeremy Rafal and Joyce Lao, made it into the lineup and will be taking center stage to share their stories and journeys.

It’s the 19th year of the New York International Fringe Festival (FringeNYC), touted as the largest multi-arts festival in North America, with programming from 200 of the world’s best emerging theater groups and dance companies.

The festivals highlight the unique point of view of emerging and established artists from the Philippines and all over the world in theater, literature, music, dance, visual art, film, cabaret, performance art, circus and every other artistic genre in between.

Fringe festivals are open access, artist-driven, uncensored arts and community events that showcase fresh, daring and groundbreaking work.  Fringe Festivals have been around since 1947 and the first was held in Edinburgh, Scotland and is the largest in the world.

From Edinburgh to London, New York to Philadelphia, Hong Kong to Taipei, South Africa to Melbourne, and numerous global cities with vibrant arts and culture scenes, Fringe represents the voices of artists and artistic genres that both challenge and reflect traditional and contemporary art forms.

This year, even the Philippines got into the act as it joined over 200 international Fringe Festivals around the world through Fringe Manila, which organizers hope will be the perfect platform for emerging and local established artists to take risks and share their work to diverse audiences.

Here in New York, FringeNYC takes place over the course of two weeks and has about 20 venues in downtown Manhattan, particularly in the Lower East Side, East Village and Greenwich Village. With an attendance topping 75,000 people, FringeNYC is considered as New York City’s fifth largest event.

‘The Boy from Bantay’

“The Boy From Bantay” is a heartwarming autobiographical journey of growth and self-discovery through the life of a cartoon-obsessed boy who moved from the Philippines to the United States to chase his dreams of being a concert pianist.

Jeremy Rafal, the man who wrote the show, was born in the Ilocos region in the Philippines and moved to Hawaii when he was 11. He moved to New York after pursuing a doctorate  in classical piano at Indiana University.

“Most of the stories in the show are true, except that I changed some of the names to protect the innocent. But I always wanted to write a story about how growing up with cartoons inspired me to become a concert pianist,” Rafal told the Asian Journal.

“Whenever I watched TV, especially the cartoons that I grew up with, I was always drawn to the music. I tried to play them by ear after watching them, and my curiosity sort of grew into an obsession.”

The idea of a one-man show has been brewing for a while. The seed was planted a couple of years ago when Rafal saw Cindy Cheung’s “Speak Up Connie” directed by BD Wong. A friend of Rafal’s, Broadway veteran Rona Figueroa told him about the show, and he went to see it.

“I was blown away after seeing it, and that is when I first started thinking about writing my own show,” he shared.

Jeremy had bits and pieces of an idea then, but never really wrote anything down until he took Judy Gold’s solo performance class at ESPA Primary Stages last year. He wrote a few scenes for that class, but only one of those scenes made it to the final draft that he has right now. He is planning to use these bits of random pieces in another play in the future.

It took more than two months of intensive writing and polishing the material to come up with what he has now.

When he submitted the required materials to the screening people at Fringe last February, he confessed that he did not expect to get in. He submitted two written scenes and an excerpt from his Judy Gold’s Solo Performance class show. He also submitted a description and an outline.

“I submitted my materials because I knew they would give me a deadline. Plus, expecting not to get in, I would have at least something more to work from when I actually write the piece for an independent production. But it got in,” Rafal related.

Icon for Joyce Lao’s “Behind the Wall–An Autism Performance Piece.”

When he found out that he made it, he was beyond thrilled.

“I remember getting my acceptance email. I was at the gym, and I just finished an exercise class. I checked my phone, and there it was. Congratulations. You have been accepted to FringeNYC. Oh, man. I wanted to scream. Jump. Make a lot of noise. But of course, I was in public and couldn’t do that,” he said.

Then it hit him: he now needs to actually write the whole thing!

The show promises to be a treat. You’re going to meet over a dozen characters, based on the real people who shaped Jeremy along the way. It is also going to have an integration of multimedia: projections, live music, vintage cartoons displayed on a real 1984 Sony Trinitron 19” television.

“My story could be unique to some…not many people come from a very small town in the Philippines to New York, but I think there are different elements of this story that everybody can relate to – relationships with your siblings, that joy of being a kid, or that heartache of saying goodbye to someone,” Rafal said.

Jeremy is currently a Resident Actor at The Flea Theater and has appeared at several theater, commercial, TV and film productions.  As a pianist, he has performed across the United States, Europe and Asia. Besides being an actor and musician, Jeremy is also a generative linguist, an avid CrossFitter, and a competitive jump roper.

What does the boy from Bantay miss most about Bantay?

“I probably miss the food mostly. Everything is so fresh there. You go to the mango tree in your backyard and you have fresh mangoes…for free. I love how you can go to anybody’s house and they will have home cooked Filipino food. I also loved playing around the rice fields, the Bantay tower, and the goats,” he reminisced.

A huge chunk of the show is inspired by the vivid childhood memories he has about the bucolic town where he grew up.

While Rafal is celebrating his Fringe debut, he is also lamenting the fact that being an artist of color is hard.

In his own little way, Rafal is hoping that this show challenges that.

“By sharing my story to the world, I am hoping that each one who sees the show would take away at least one thing from it. If I can do that, I think I would have done my job,” he added.

‘Behind the Wall – An Autism Performance Piece’

“Behind the Wall – An Autism Performance Piece” is based on performer Joyce Lao’s relationship with her brother, Clarence. The show is described as a fusion of post-modern, Asian (mostly Filipino and Japanese ) movement, dance, music and performance art.

According to the show’s Indiegogo, this piece is from a very personal place. Unlike other autism-based works, the character in this show represents non-verbal autistic individuals, which is more challenging. It is experimental, and the rehearsal process takes more time compared with scripted works. The music and sound are both original and cultural-based.

This project was first presented as a 30-minute version for the Emerging Artists Theater’s New Work Theater Festival last year.

Now, out of over a thousand submissions, “Behind the Wall – An Autism Performance Piece” is a part of the New York International Fringe Festival.

The people behind the show took the Indiegogo route to crowdfund support from their friends and supporters; as of July 27, they have raised almost $3,000 from some 50 funders.

In the show, Andy Miyamotto plays the role of Joyce’s brother Clarence.

“As a personal note, I have found out that people around me are not really educated on how a non-verbal autistic individual behaves,” Joyce wrote on the show’s Indiegogo page. “Most of the people I know who ask me about my brother, Clarence, think that he is like from the movie ‘Rain Man.’ I want to clarify that ‘Rain Man’ is only a fraction of what autism is.”

“This project is interesting and challenging for me since I grew up without siblings and I have never encountered anyone with autism before, let alone – non-verbal autistic and I am playing one. I am constantly reading and watching videos and doing my research and listening to Joyce as she shares to me her experiences,” he wrote.

One of Joyce’s dreams since she was a kid is to put up a foundation that would build more affordable schools for autistic children especially in Asia or in her native country, the Philippines.

“There are very few organizations that are dedicated to autism research and to helping families with autistic family members. I am still hopeful that it could happen but for now, this is what I can do with the help of Andy and of all of you, our supporters,” she said.