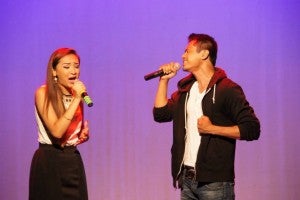 “I am humbled that JCI-PNY, through Romainne de Guzman Luis of Event4Good, asked me to direct tonight’s musical,” Miguel Braganza told INQUIRER.net. “Putting the show together for the benefit of the Street of Dreams Project is something that I am so inspired doing.” 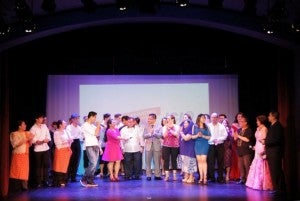 Braganza is the organizer of the Street of Dreams Project. Begun in 2011, it provides performing arts workshops and scholarships to low-income children in the Philippines. Though not a Jaycee, Braganza identifies with the group’s mission, which is to make a difference in the community. He visits the Philippines annually to conduct dance and theatre workshops across the country.

“JCI-PNY has, for decades, been an avenue for empowering and inspiring the younger generation to be more passionate, active and skilled to become leaders and entrepreneurs in their local and global communities,” said Mario de Leon Jr., Philippine consul general to New York. “Many JCI leaders have assumed leadership roles in their respective fields for positive change. The Philippine Consulate General shares the goal of empowering and raising the visibility of the young Filipino-American community in the U.S.” 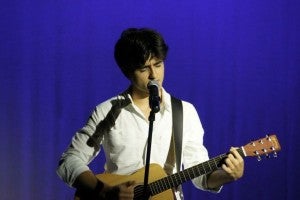 Hosted by Ner Martinez, former JCI-PNY president and Laura Garcia, the show featured more than 20 local and international artists who performed for the benefit night, including singer-actor Miguel Vera who flew in from Los Angeles. Vera, who played the role of Crisostomo Ibarra in last year’s Los Angeles stage production of Ryan Cayabyab’s “Noli Me Tangere, The Musical”, rendered a medley of Filipino love songs.

Other featured performers were Cutuy Herrero, daughter of Subas Herrero; Jason Perez who impersonated Elvis with a number of iconic songs; Giuseppe Bausilio, a Swiss actor who is best known for his lead role in the Broadway production of “Billy Elliot”; jazz singer Bing Martin; American Swiss Ballet Company; Braganza’s students at MB2 New York and Ballet Opera Earthique; triple-threat Gail Banawis who performed among others as Sisa in the excerpted version of Noli Me Tangere; and Edmerald Gan who recently appeared in a guest role in “Law and Order: SVU”.

“As an artist, I always like to get involved in shows that benefit the children because I believe as a singer and an actor, you have to come to the core of being a child,” Gan told INQUIRER.net “At the same time, we live in such a broken world [and] what [we can] give to the children is art. You can give it both ways—you can destroy them [or] give them life. I believe this is really important.”

Zultan Bermudez, JCI-PNY chairman, emphasized the colorful history of JCI. “The tradition of excellence passed on through the years from each successive generation of Jaycees, [forming] a powerful foundation that we can build on as we aim to foster unity in advocating for JCI’s mission and vision,” he said. 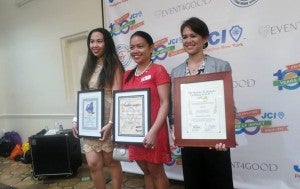 The New York chapter was founded by Filipinos who were Jaycees in the Philippines and wanted to have the group formed when they moved to New York.

”I believe they were also participants in the first World’s Fair,” Bermudez told INQUIRER.net.

He added that though JCI-PNY members are predominantly Filipino, the organization is open to everyone and aims to create positive change by fostering opportunities for young people.

“We were partners with the Philippine consulate in the “Build A Shelter” project where we gave more than US$80,000 towards building Gawad Kalinga villages in the devastated areas of Typhoon Haiyan,” Bermudez said.

JCI New York State President Cathryn Colby, who attended the July 18 event, lauded JCI-PNY’s work. “What a fantastic event with tonight’s entertainment, extremely well put-together with the proceeds going to help the kids in the Philippines—this is what the Jaycees movement is all about,” she told INQUIRER.net. “We are part of 200,000 active citizens around the world making a difference in our individual communities.”