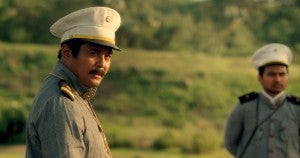 NEW YORK CITY — The brothers Juan and Antonio Luna were hotheads, never backing away from challenges, real or imagined, to their masculinity. Hailing from the Ilocos region, the two were ilustrados, young Filipino men who had gone to Europe to study, which meant they came from Indio families with money. Juan, Antonio’s older brother, best known for his painting Spoliarium, winner of a gold medal at the 1884 Exposicíon National de Bellas Artes in Madrid, killed his wife Paz Pardo de Tavera and mother-in-law in a fit of jealousy while they were living in Paris. He suspected Paz of having an affair, though had never actually caught her in flagrante delicto.

The younger Antonio, while less prominent among the expatriates in Europe, came into his own with the eruption of war in 1899 between the Filipino revolutionary government and the United States. A pharmacist by training, he had initially stayed away from the fray when the 1896 revolution against Spain was launched, but was nevertheless incarcerated for a short period, along with Juan. Deciding to join the fight against the Gringos, he was the ablest general that Emilio Aguinaldo had. Not only had he studied military strategy, but he also instituted measures to professionalize the Filipino forces, composed of ill-equipped militias from different regions. For that purpose he set up an academy, the forerunner of the Philippine Military Academy.

He knew that there had to be discipline in the ranks, and a well-organized chain of command, in order to surmount the clan and regionalistic differences that all too often prevented the different Filipino units from presenting a united front against the bluecoats. Unsparing in his assessment of many in Aguinaldo’s Cabinet as treasonous and cowardly, not surprisingly he made many enemies.

His main champion was Apolinario Mabini, usually described as the Sublime Paralytic and considered the brains of the revolution, for he knew that Luna was their ablest general. Factions that vowed to obey only the provisional Philippine president, Emilio Aguinaldo, who hailed from the province of Cavite, persistently undermined Luna’s authority as commander of all the Filipino forces. In the end, Luna was assassinated in Nueva Ecija, along with two of his aides, by Caviteño soldiers, whose commanding officer Luna had earlier upbraided and humiliated.

Luna’s life and his untimely death are the focus of Heneral Luna, a film that, at about the time this comes out, will be having its world premiere at the Asian American International Film Festival in New York.

Luna is based on a script originally written by my late older brother, Henry, and Ed Rocha, and later adapted by the director Jerrold Tarog. Produced by Artikulo Uno, an indie production outfit, with John Arcilla in the title role, the film is a powerful examination not only of one man’s life but, more significantly, of the theme that Filipinos are their own worst enemies—a theme that resonates mightily in these times, when the body politic seems to perennially vote for politicians who almost unfailingly betray the public good.

The film implies that while Aguinaldo was not in Cabanatuan when Luna was brutally hacked and shot to death, he may well have been in on the foul deed. One can’t help but relate the Luna tragedy to that of Andres Bonifacio, founder of the Katipunan but executed by Aguinaldo’s government in 1897 supposedly for treason.

I saw the film in Manila, just before watching Nicanor Tiongson’s Mabining Mandirigma (Mabini the Warrior) at the Cultural Center of the Philippines, a serendipitous pairing. In this production, billed as a steampunk musical, directed by Chris Millado, choreographed by Denisa Reyes, music by Jed Balsamo, Mabini’s often-fraught relationship with Aguinaldo takes center stage. What gives this production a twist is the fact that Mabini is played by a woman, Daphne Buencamino, a brilliant piece of cross-gender casting. (The male American roles are also played by women.) It works, partly because Mabini’s handicap means that his masculinity is not an issue here as Luna’s was. No macho posturing, just simply a razor-sharp mind at work.

‘Proud of you all’: Vice Ganda, Luis Manzano show support for past ABS-CBN artists in other networks