Will more same-sex visa petitions be a brain drain issue? 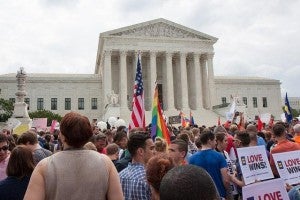 On June 26, 2015, in a close one vote difference split decision, in the case of Obergefell v. Hodges, the U.S. Supreme Court declared that the U.S. Constitution’s Due Process and Equal Protection clauses are violated when states deny marriage licenses or deny the validity of same sex marriages. As such, same sex marriages have become the law of the land throughout the entire United States.

Prior to this decision, same sex marriages was legal in only 37 states, one territory (Guam) and the District of Columbia. This was mainly an offshoot of the U.S. Supreme Court decision on June 26, 2013 in the case of Windsor v. United States. What the Court did in Windsor was declare as unconstitutional Section 3 of the federal law known as the Defense of Marriage Act (DOMA) which provided that for purposes of federal law, marriage is defined as a union between a man and a woman. DOMA was an issue in states that had opted for the legalization of same sex marriages.

On June 30, 2013, a few days after the Windsor decision, Secretary Janet Napolitano of the Homeland Secretary Department United States Citizenship and Immigration Service (USCIS) announced that it would henceforth be recognizing immigrant visa petitions filed by U.S. citizens in same sex marriages for their alien spouses – provided that the marriage took place in jurisdictions where same sex marriages were considered legal.

Immediately, I wrote in an article that logically, this should be followed by the USCIS also allowing same- sex Fiancee and Fiancé Visa petitions as it would not make sense not to allow these. 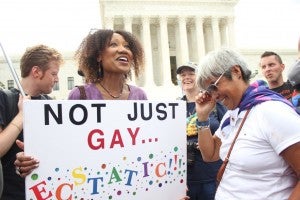 Sure enough, this is what happened. On August 2, 2013, Secretary of State John Kerry announced that same-sex Fiancee and Fiancé Visa petitions would already be honored and processed.

Having anticipated that this would be the law even before it was announced, I already prepared Fiancée visa petitions beforehand for some clients. As such, historically, the first Filipino Fiancée Visa petition and among the firsts in the world was that of a Fil-Am in San Diego for his long time same sex partner in the Philippines. For privacy reasons, we decline to identify him.

Continually conscious about our law office consistently having an ethical and competent reputation, which we have maintained over the years and which has earned us high respects from USCIS and U.S. Embassies and Consulates personnel and Immigration Court Judges, we make sure that the numerous Fiancee and Immigrant Visa petitions we do — whether for same-sex or heterosexual clients — are based on genuine good faith relationships and not fraudulently entered into for immigration purposes. Once we have determined this, our clients can be assured of full support, sensitivity to their situations, full privacy and courteous respectful professional service at all times — as expected of lawyers who care for their clients interests and well being — and who respect the law. 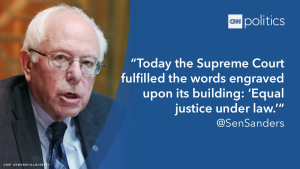 I need to mention this as there are enough characters constantly involved in all kinds of immigration fraud schemes. Ethical law firms are aware of this. It makes good sense to go to lawyers with reputations of high integrity and competence. If you get one who also does not overcharge as a matter of principle and practice — consider yourself fortunate.

The basic requirements for Fiancée or (Fiance) Visas are:

1) The couple must have physically met each other within the last two years.

2) The U.S. Citizen petitioner must earn enough so as to be qualified to issue an Affidavit of Support to ensure that his fiancée will not be a public charge.

3) Some evidence must be shown to prove that the relationship is genuine.

4) The couple must get married within 90 days after the fiancée arrives in the U.S. after which she can file for Adjustment of Status to get her immigrant visa. If they don’t get married, she will be legally removable (deportable).

The most powerful and influential country in the world declaring same-sex marriage as the law of the land is a big step towards a rapidly changing world, which shows more respect and tolerance for gays and lesbians. In the U.S., they now will be afforded equal protection of the laws and proper due process rights — just like other human beings — and for sure, other countries will inevitably be influenced and also have same-sex marriage. 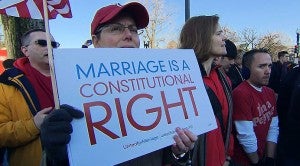 Many gay and lesbian people are exceptionally talented in the arts. They are involved in high-end hair styling, creative high fashion clothes design, painting, music, sculpture, literature, TV and movie productions, you name it.

Some consider their leaving the country as a brain drain problem — a loss of talented people. But then, is it really a loss? Like other Filipinos who migrate to other countries, they won’t stop helping the Philippines. Continually, they will regularly send money and other kinds of help to their relatives and friends. Many will also return to the Philippines after they have become successful — and proficient in the latest state of the art developments and technologies in their field. They will then expose the locals to these valuable new advancements,which will help to improve the lives of so many.

I wish these new migrants good luck and all the best that life can offer in their new country. Like so many who migrated to this great land of the free and home of the brave, they will face a thousand challenges. But endowed with the Filipino talent and skill to adjust to any environment and any situation, I have no doubt that those who maintain their inner strength and courage — and especially the ones who maintain their spiritual life — will eventually triumph.

Note: Atty. Ted Laguatan is one of less than 30 elite lawyers officially certified by the California State Bar continuously for 25 years as Expert-Specialists in US Immigration Law. He is also a highly experienced accident injury and wrongful death lawyer who has recovered millions of dollars for clients. For communications: (San Francisco area) 455 Hickey Blvd. Ste. 516, Daly City, Ca 94015 Tel 650 991-1154 Email [email protected]