Tourism under Aquino: ‘More fun’ or too ambitious? 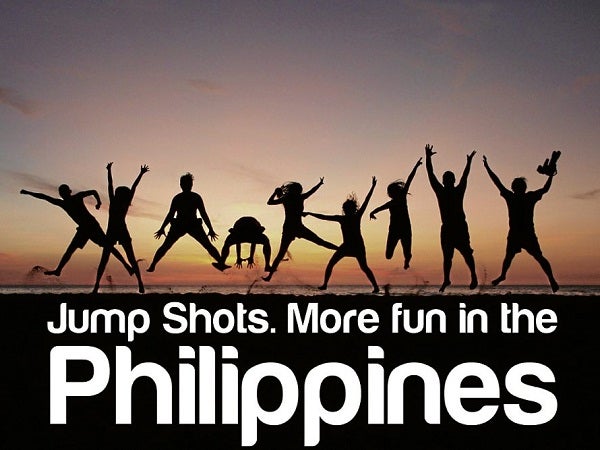 “It’s more fun in the Philippines,” the government’s optimistic and controversial tourism slogan goes. But over the past five years, did “fun” actually translate to consistent international arrivals in the country?

In his third State of the Nation Address (Sona) in July 2012, a proud President Benigno Aquino III said the government eyed to attract 10 million foreign tourists annually by the end of 2016, and even took a swipe at the previous administration for its supposedly meager contribution to the travel sector.

The 2012 Sona was not the first time the government announced the 10-million target, which was more than double the 4.6-million target for that year. In fact, in various business and tourism conferences and conventions in the following years, Aquino and the Department of Tourism (DOT) have stood by the goal despite opposing views from industry experts.

When DOT unveiled its National Tourism Development Plan (NTDP) in June 2013, the department reiterated the target as they outlined key strategies to attain it.

While it is true that international arrivals have been increasing for the past five years since Aquino assumed office, it is also noteworthy to consider that the government has been consistently missing its annual target of foreign visitors since 2012 when it set the 10-million goal for 2016.

According to data from DOT, a total of 3.5 million foreign tourists visited the country in 2010, beating the target of 3.3 million. In 2011, international tourist arrivals increased by 11.28 percent as the department recorded 3.9 million foreign visitors, reaching its 3.7 million goal.

International tourist arrivals reached the 4-million mark for the first time in 2012 with 4.3 million foreign visitors, but the government missed its target of 4.6 million. Despite setting a record, the Philippines still trailed behind its neighbors—Malaysia attracted 25 million; Thailand, 22.3 million; Singapore, 14.4 million; Indonesia, 8 million, and Vietnam, 6.8 million.

During the first semester of the year, DOT expressed confidence that full-year tourist arrivals in 2012 would be 18 percent higher compared to the 2011 data due to strong figures for the first six months, but it settled with a 9-percent growth rate by the end of the year.

∙ Philippines likely to get 4.5M tourist arrivals in 2012–DOT

In 2013, the Philippines recorded 4.7 million international arrivals, falling short of its 5.5-million target due to Supertyphoon “Yolanda” (international name: Haiyan) that devastated Eastern Visayas and the 7.2-magnitude quake that hit Bohol.

But Aquino, who said the Philippines “is making a transition to becoming one of the best places to visit in the world,” still welcomed the 9.3-percent increase for that year despite the natural calamities that struck the country: “The goal now is not merely to maintain our growth, but to cement our position as one of the world’s vacation hot spots.”

Last year, DOT said the country was on track to meet its 2014 target of over six million international arrivals due to “a very robust peak season,” despite missing the target in previous years. However, only 4.8 million arrivals were recorded by the end of 2014 from 4.7 million in 2013, the lowest growth rate since Aquino started his term.

According to latest DOT data, the Philippines has attracted a total of 2.2 million foreign visitors from January to May 2015, 8.15 percent higher than the 2.06 million in the same five-month period last year.

Assuming that the government would reach its 2015 tourism target of about five million, international arrivals increased by about only six percent in a span of three years since the declaration of target in the 2012 Sona.

To reach its 10-million target in 2016, this will mean the Aquino administration has to double international arrivals in just a year’s time, which it has not accomplished in the past years.

Looking at the statistical trend since Aquino assumed office, the yearly growth rate in international arrivals only ranged from nine to 11 percent, even reaching as low as 3.25 percent last year.

But DOT told INQUIRER.net that it stuck with the target “despite recent challenges and difficulties.”

“We would like to note that the target of 10 million foreign tourist arrivals for 2016 still remains, as embodied in our NTDP 2011-2016 … Our growth in arrivals has continued, so the DOT remains optimistic that it will achieve this target next year,” it said.

Prior to the appointment of Jimenez, the government’s initial target for 2016 was set at 6.3 to 6.5 million international arrivals.

Three years after the goal declaration and less than a year before Aquino’s term expires, is the 10-million international arrivals still attainable?

In a phone interview, former Tourism Secretary Narzalina Lim, now president of tourism and hospitality consulting company Asia Pacific Projects Inc., said she “doubts it” that the government would reach its target due to inadequate flight capacity.

“It’s impossible. We don’t have the flights, we don’t have the infrastructure. We might get a spike by the end of the year because of Apec (Asia Pacific Economic Cooperation), but may be at most 5.5 to 6 million,” Lim, who served as tourism chief in 1992 under former President Fidel Ramos, told INQUIRER.net.

Citing lack of readiness, Lim also attributed the impending failure to insufficiency and delays in construction of airport infrastructure and facilities, which obviously affect accessibility and connectivity to the country.

“First of all, our airports are very limited. We don’t have enough air seats coming in. That was predicated on the fact that several flights could direct to other secondary airports, but they’re not ready. Mactan-Cebu International Airport is not ready, Puerto Princesa is just starting, Panglao airport (Bohol) is delayed by 10 years, so no way,” she said, adding that the target might have been set that high to prompt those in charge of infrastructure to work faster.

The Ninoy Aquino International Airport, the country’s main international gateway, was named by a travel website as the world’s worst airport for three consecutive years since 2011, only to land fourth last year.

But despite a high possibility of not meeting the target, Lim said the government should focus more on attracting tourists who would spend more money during their visits instead of being concerned with volume of arrivals.

“We should put all our efforts in attracting quality tourists who stay longer and spend more. I think that should be more the goal rather than the volume. We should not be playing the volume game. I think our goal is to attract tourists that would spend more than US$103, which I think is the average (daily) spending right now,” Lim said.

“So we should improve our products, make them (tourists) stay longer, make them shop more, make them stay in quality hotels, add an extra or two days to their itinerary so that we get more dollars,” she added.

The travel sector has a direct impact on the national economy and to job generation as well. According to the World Travel and Tourism Council (WTTC), tourism activities contributed a total of P1.4 trillion to the Philippine economy in 2014, including “wider effects from investment, the supply chain, and induced income impacts.” The world body said this figure is expected to increase by five percent this year and by 5.7 percent annually to P2.58 trillion by 2025.

As to the sector’s direct contribution to the economy, WTTC said tourism accounted for about P533 billion or 4.2 percent of the country’s gross domestic product last year, which was also seen to rise by 4.9 percent to P559.4 billion by the end of this year, and by 5.6 yearly P964 billion by 2025.

Echoing Lim, the DOT said it had adopted a different perspective in assessing tourism performance by considering not only the number of arrivals, but also the generated revenues and employment.

“Foreign tourists are spending more money and staying longer in the Philippines. And we will continue to manage the tourism business this way,” it said, noting that tourists’ average length of stay in the country increased to 10.56 nights last year from 9.56 nights in 2013.

The tourism department said a total revenue of P274.6 billion was generated from international arrivals in 2014, 21.9-percent higher compared to the P225.3 billion earned in 2013.

Citing data from the Philippine Statistics Authority, it added tourism-related jobs accounted for 12.58 percent in the national employment in 2014, with about P4.758 million people directly employed in the tourism industry.

“I think that’s what DOT is trying to do by trying to attract more of the business market, the conventions, meetings, special-interest tourists who will come anyway in spite of the constraints,” Lim said.

In a proclamation declaring 2015 as “Visit the Philippines Year,” Aquino said the country’s hosting of the Apec and of the Association of Southeast Asian Nations Tourism Forum in 2016 would “serve as a venue to promote the country as a host for meetings, conventions and exhibitions in the Asia-Pacific.”

Latest data from the United Nations World Tourism Organization showed that the Philippines accounted for only 1.8 percent of international tourist arrivals in the Asia-Pacific region in 2014, lagging behind its Southeast Asian neighbors Vietnam (3 percent), Indonesia (3.6 percent), Singapore (4.5 percent), Thailand (9.4 percent) and Malaysia (10.4 percent).

“We are still aiming for the best. Even at less than 10 million arrivals in 2016, we are confident that we will continue to hit (or even surpass) our targets for revenues and employment,” the DOT said. “This is because the quality of our arrivals (length of stay and average daily expenditure) are at an all-time high.”

More stories about Aquino’s final State of the Nation Address at the INQUIRER.net Sona special site.