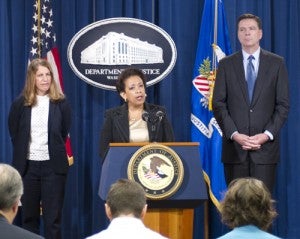 CHICAGO — Ten Filipino Americans in the metropolitan area are among the 243 individuals indicted in the largest takedown of the Medicare Fraud Strike Force in terms of defendants charged and loss amount figured at $714 million in false billings.

The Centers for Medicare & Medicaid Services (CMS) also suspended a number of providers, using its suspension authority as provided in the Affordable Care Act (ACA).

The indictment alleges a $45 million fraud at the three home health care companies, starting as early as 2008 and continuing into 2014. The fraud allegedly included paying illegal bribes and kickbacks to obtain Medicare beneficiaries; ignoring doctors who refused to certify beneficiaries as “homebound” and eligible for care; enrolling patients who did not need or want the care; subjecting patients to pre-planned cycles of discharges and re-enrollments, regardless of their medical needs; and falsifying medical records to make patients appear to be homebound or sicker than they actually were.

Two defendants were charged in an earlier indictment: Sherwin Cubelo, a patient recruiter who allegedly received illegal kickbacks; and Janet Guerrero, an office manager who allegedly administered the kickbacks. Trial Attorney Brooke Harper represents the government in this case.

The tenth Filipino American charged is a nurse who is not connected with the previous group. Zenaida Dimailig, 78, of Bensenville, Illinois, was charged by complaint with health care fraud for allegedly causing Medicare to be billed for home health services for patients who were not homebound and for services that were not rendered.

Dimailig allegedly paid cash kickbacks to Medicare-covered patients who, in turn, allowed their Medicare information to be used to bill Medicare for home-health services that these individuals did not need.

Dimailig then passed on this Medicare information and records that falsely suggested that certain services were provided to Medicare beneficiaries to home health care agencies for the purpose of billing Medicare. Assistant U.S. Attorney Timothy Storino represents the government in this case.

“Health care fraud extracts a huge toll on our nation’s health care system,” stated Zachary T. Fardon, United States Attorney for the Northern District of Illinois in announcing the indictments in the area. “We will continue to aggressively pursue those health care providers that take advantage of not only the system, but the patients they are entrusted to care for.”

Three of the cases and nine of the defendants in the Northern District of Illinois involve home health services, an area which is “vulnerable to fraud, waste and abuse,” according to the Department of Health and Human Services Office of Inspector General in a 2012 report, “Inappropriate and Questionable Billing by Medicare Home Health Agencies.”

In 2013, citing factors that strongly indicated fraudulent activity here compared with other areas, the Centers for Medicare & Medicaid Services imposed the first-ever moratorium authorized by the Affordable Care Act to halt the enrollment of new home health providers in metropolitan Chicago.