Aquino: Will we take U-turn back to crooked path? 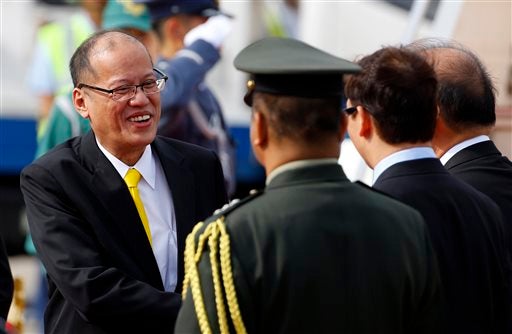 TOKYO —  In what sounded like a farewell speech to his compatriots here, President Aquino yesterday touted the country’s gains during his administration and took Filipinos to task in choosing his right successor in 2016.

“The question is, will we take the U-turn back to the crooked path? Or will we continue on our track towards the straight path? The direction of the Philippines is in the hands of the people,” said Aquino in an address to the Filipino community in Japan Tuesday evening.

He said his four-day state visit may well be his last trip to Japan, which he has visited six times since 2010.  His previous trips were official and working visits.

“There’s just over a year left in my term as President, and this might be my last trip to Japan before I step down,” Aquino said.

He said he has never forgotten how Filipinos gave him an overwhelming win in the 2010 elections.  He expressed gratitude for the support of overseas Filipino workers to his administration.

In his speech, Aquino noted how the number of Filipinos overseas have declined during his presidency, signaling improving employment options at home.  From 10 million overseas Filipinos in 2010, there were 8.36 million recorded in 2014.

He also cited gains in health services and in education reform, opening up opportunities for poor students and eventually helping them contribute to their families. Aquino also underscored the country’s economic gains, including increasing foreign investments.

The President encouraged Filipinos to choose wisely in the May 2016 national elections, saying they should not allow the country’s progress to go to waste under an unqualified leader.

“If my successor comes just to take advantage of us, it’s like we just took a U-turn to the old ways. Are we going to allow that?  Let me emphasize: our future is up to you,” he said.

In a well-applauded speech before some 300 members of the Filipino community, President Aquino cracked a joke about his bachelorhood.

“I don’t think they are asking (about my being a bachelor) because they are waiting for an invitation.  Maybe they’re thinking about whether I’ll have children so [the country] has a reserve when a problem comes… With this kind of thinking, my nephews and nieces might change their surnames,” the President said as his audience laughed.

Ending his speech, Aquino quoted his late father, Benigno “Ninoy” Aquino Jr., and added his own line in conclusion.

“It’s an honor to serve the Filipino,” he said.