Asean members scored for lack of compassion for Rohingya refugees 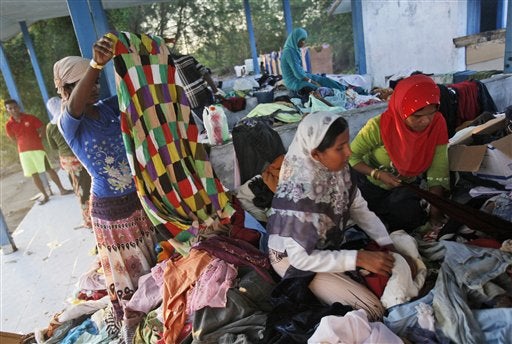 A labor group on Tuesday assailed member states of the Association of Southeast Asian Nations (Asean) for their failure to show compassion to victims of the ongoing Rohingya crisis.

Thousands of Rohingya migrants are denied entry to the borders of Malaysia and Indonesia.  The migrants are Muslims fleeing persecution in Myanmar (Burma) looking for a better life in its neighboring countries.

READ: Myanmar says it’s not to blame for migrant crisis

Migrante International slammed the “Myanmar government for discriminating against the Rohingyas and treating them inhumanely and criminalizing them as illegal migrants.”

“How can we hope to revive the region from the iniquities of injustice, corruption, human rights abuses and poverty when the very peoples and citizens we profess to serve and protect are not given strong gestures of support by Asean member states?” Migrante International said in a statement.

According to Migrante, the Rohingya crisis is not a mere issue of border security and human trafficking.

“It has turned into a humanitarian crisis that the Asean should resolve immediately,” it said.

It said Asean member states should unite to achieve a “people-centered Asean community.”

“How can we fathom to achieve a genuine “People-Centered ASEAN Community 2015” when we cannot, as one region, unite as a peoples on one fundamental cause to promote, protect and respect human rights?” it said.

The labor group urged Asean member states to start building an ASEAN Community on a just, merciful and compassionate foundation.

As of posting, thousands of Rohingya migrants are left to die, without proper food, shelter and protection while being adrift on the sea. IDL