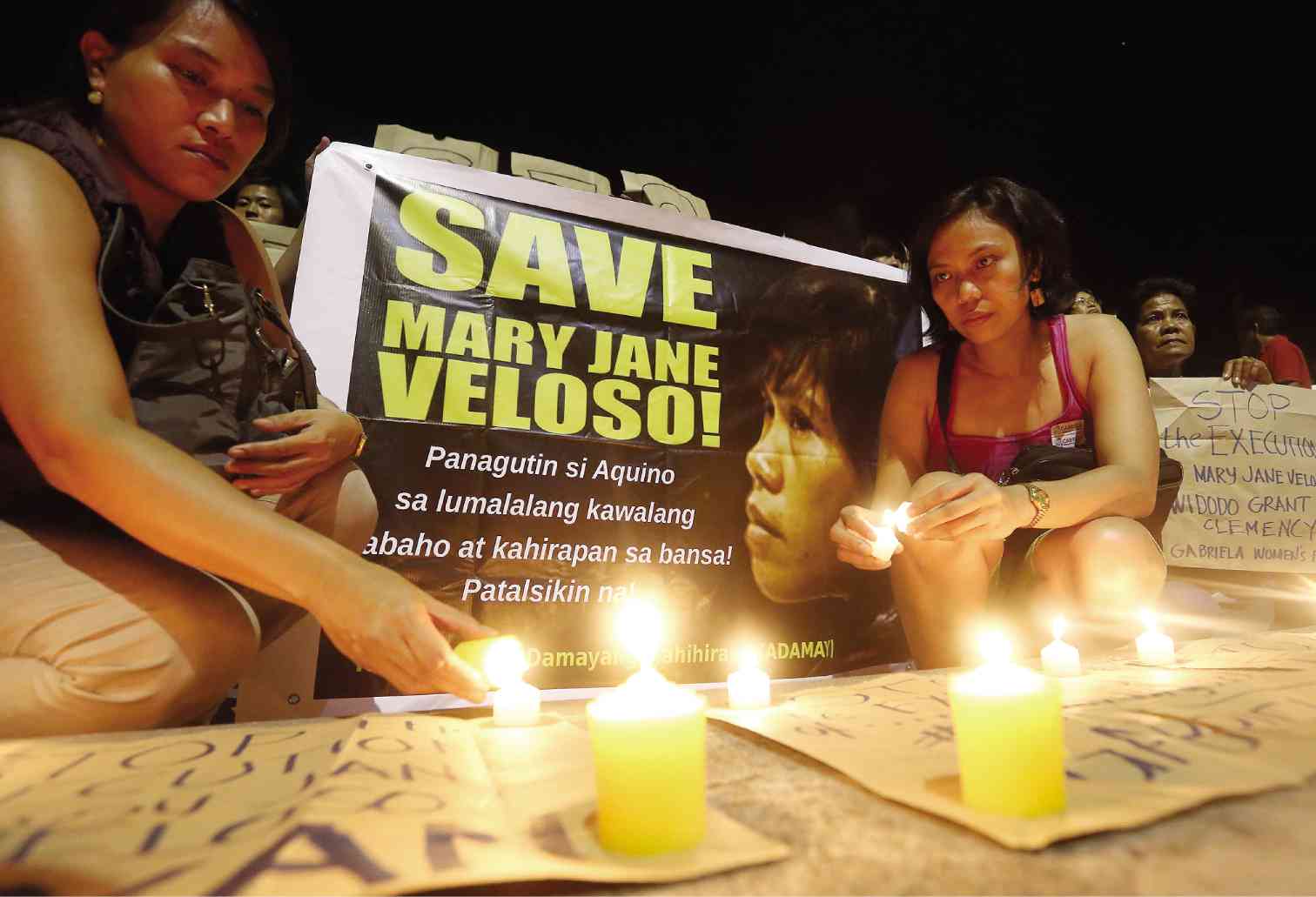 Women activists light candles for Mary Jane Veloso, a Filipino migrant worker facing execution by firing squad for drug trafficking in Indonesia, during a vigil on the University of the Philippines campus in Diliman, Quezon City, on Sunday. Veloso is a victim of human trafficking whom Indonesia will be executing. MARIANNE BERMUDEZ

Two alleged recruiters of 30-year-old Mary Jane Veloso, who is set to be executed in Indonesia on Tuesday, have surrendered to authorities.

Maria Kristina Sergio, also known as Mary Christine Gulles Pasadilla, has turned herself in to the Nueva Ecija Provincial Police Office in Cabanatuan City at about 10 a.m, radio dzMM reported.

Sergio said she gave up to the police because she was fearing for her life after she was tagged as the recruiter who facilitated Veloso’s entry into Indonesia.

She said Veloso’s relatives and supporters could harm her if the domestic helper’s execution pushes through.

The suspect was with her live-in partner Julius Lacanilao when she went to the police.

The National Bureau of Investigation (NBI) filed before the Department of Justice on Monday a complaint for illegal recruitment, human trafficking and estafa against Sergio, Lacanilao, and an African national known only as Ike.

In a recent television interview, Sergio denied all allegations hurled against her, saying that she was not part of a drug syndicate. She also pleaded with the public to spare her from judgment.

The Department of Justice has set the preliminary investigation on Sergio and Lacanilao on May 8 and 14.

Veloso is set to be executed through firing squad after the Sleman District Court in Indonesia junked the second appeal for her case on Monday.

The mother of two was charged with drug trafficking after she was caught with 2.6 kilograms of heroin while trying to enter Indonesia in 2010. AJH 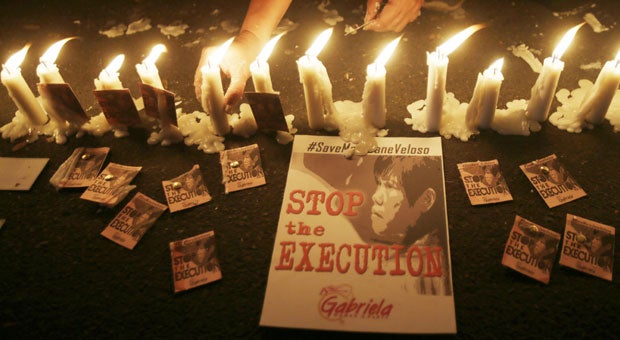 Protesters light candles as they continue their vigil for a second day to plead the Indonesian Government to stop the execution of convicted Filipino drug trafficker Mary Jane Veloso, outside the Indonesian Embassy in the financial district of Makati city east of Manila, Philippines, Monday, April 27, 2015. AP