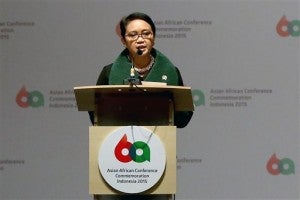 LANGKAWI, Malayasia — Foreign Minister Retno LP Marsudi says she has told the attorney general that Indonesia’s position on the executions remained unchanged and that the government would go ahead with the plan to execute a number of death row inmates, mostly foreigners, despite foreign pressure and appeals.

Jokowi declined to reveal his reply to Aquino’s request, saying that he would call Aquino after talking with the attorney general or Retno.

“I have no further comments about the [execution of the] death penalty as I believe our [Indonesia’s] position is clear and there is no change regarding on our position,” Retno said here on Tuesday.