Aquino in last ditch effort to save Mary Jane Veloso 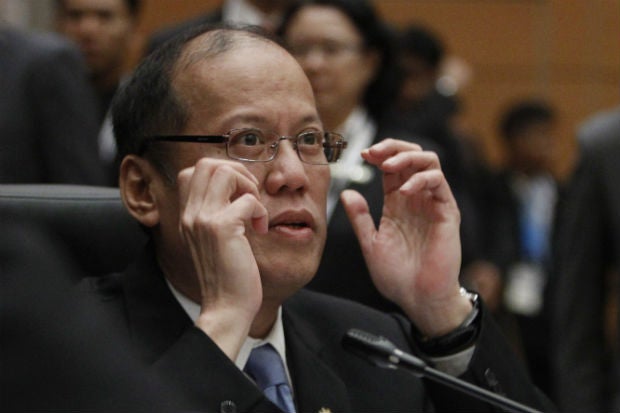 LANGKAWI ISLAND, Malaysia — Hours before Mary Jane Veloso is set to be executed in Indonesia, President Benigno Aquino III talked to Indonesia’s foreign minister, telling her the Filipino worker should be kept alive in the effort to run after the drug syndicate that duped her into bringing heroin into Indonesia.

“We need to get the affidavit of Veloso perpetuated. I’m not a lawyer but I will try to explain. There is a concept of a ‘dying person’s declaration.’ It is a very, very strong testimonial evidence. The basis of that is when you’re about to meet your Maker you will not lie,” President Aquino told Filipino journalists here in a press conference.

President Aquino spoke to Foreign Minister Retno Marsudi on the phone and explained to her the importance of Veloso’s testimony against the drug syndicate, and the need to have a witness who is alive to give credence to the statements against the suspects.

Aquino candidly said that Marsudi asked why it was only on Tuesday that the Philippine government brought this up with Indonesia.

The President he explained to the Indonesian official that it was only recently that Veloso began to cooperate with the Philippine government and began to divulge whatever knowledge she had about the drug syndicate.

Which is why, Aquino said, it was only at the last minute that the Philippine government was able to come up with this proposition to spare Veloso from the death penalty.

Aquino told the reporters that Veloso was not exactly cooperating before with Filipino officials when it came to the drug syndicate that apparently victimized her in 2010.

“It was very difficult to get her to testify against all of these people previously. So ngayon siya nag-file ng complaint, that means she’s willing to talk about everything she knows. She’s the primary witness,” President Aquino said.

Aquino was scheduled to fly back to Manila on Tuesday afternoon after attending the 26th Association of Southeast Asian Nations (Asean) Summit in Malaysia. (nikko dizon)