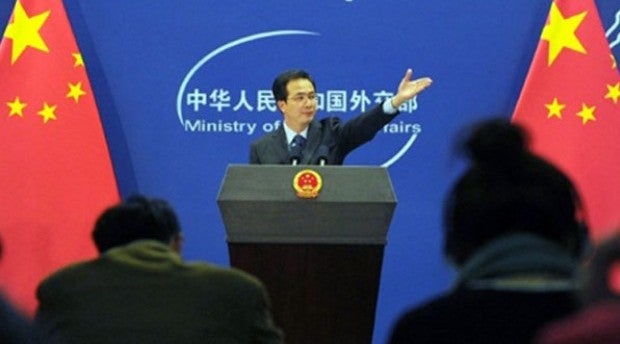 China’s Ministry of Foreign Affairs spokesman Hong Lei gestures for questions at a press briefing in Beijing in this November 2010 file photo. AFP

He urged the Philippines to respect China’s territorial sovereignty and to ensure its fishermen are aware of the illegality of fishing in waters of the Huangyan Island.

Hong also dismissed media reports that a Chinese warship on Friday had shone a powerful light on a Philippine military plane near China’s Nansha Islands in the South China Sea as “untrue”.

He said China’s armed forces will continue to conduct surveillance over the waters and sky.