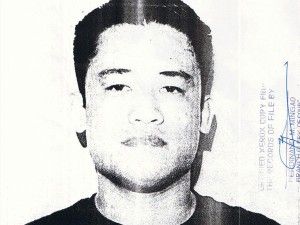 SAN FRANCISCO — A Filipino who allegedly fled to the United States upon being linked to a murder case in the Philippines 12 years ago was arrested in Yuba City 42 miles north of Sacramento.

Fugitive Ezra Dave Gipan Maling, aka Ezra Maling, was arrested in Yuba City on February 7 and is in the custody of the Immigration and Customs Enforcement, according to Lt. Rodney Hemp of the Yuba County Sheriff’s Department Jail Division.

“Mr. Maling is currently being detained on an immigration hold by ICE and will possibly face deportation proceedings,” Hemp told FilAm Star by phone.

“Mr. Maling was arrested in February by special agents with US.\ Immigration and Customs Enforcement’s (ICE) Homeland Security Investigations (HSI).  He remains in ICE custody pending the outcome of his immigration proceedings,” said Haley to FilAm Star by email. “It will be up to an administrative law judge with the Department of Justice’s Executive Office for Immigration Review to determine whether Mr. Maling has a legal basis to remain in the US.”

Ezra Dave Maling was named the lone suspect in the killing of Rebedy Graceda in Cainta, Rizal,on March 17, 2003. An arrest warrant for Maling issued by a Cainta judge remains outstanding.

Graceda, then Ezra’s live-in partner in the Philippines, was reportedly found dead by her daughter, Alexandra Pauline, in their home in Vista Verde Country Homes in Cainta on March 17, 2003, with a leather belt tightly wrapped around her neck and a pillow over her face.

Maling allegedly killed the victim after he learned that Graceda was reuniting with her husband, Ganthel Vergara.

Maling first came to the San Francisco Bay Area and even joined a church in Hayward (California) as music minister, which he eventually left in 2010 after his co-church members discovered the murder case against him.

According to the report published by FilAm Star in February 2012, Maling’s family in the Bay Area had insisted that the person accused in the crime was just Ezra’s namesake and that he had not been involved in any crime in the Philippines.

Members of the Bay Area church in Hayward petitioned the Department of Homeland Security in May 2011 to have Maling’s immigrant status revoked and have him extradited to the Philippines to face the charges.

The church membership also wanted his coddlers held accountable, if it is proven that they intentionally protected him and concealed his true identity.

Maling’s former co-church members learned of Maling’s case after a search on the Internet revealed newspaper reports that a certain Ezra Dave Maling, a musical conductor, was the subject of an arrest warrant for a murder case in Cainta, Rizal.

They then were able to contact the victim’s husband, Vergara, via Facebook, who confirmed that it was his wife indeed featured in the newspaper reports and that she was living with Maling at the time of her death.  Vergara then transmitted to the church members copies of official Philippine police and court documents including the latest summons for Ezra’s court appearance, dated February 2011.

When Vergara was in the Bay Area in 2012 for a business trip from Oregon, he met with the church membership and said he was not fighting for justice for his wife alone, but also for their only daughter, Alexandra.

The Vergaras are now reportedly back in the Philippines but were interviewed by US authorities after the Maling’s arrest in February.