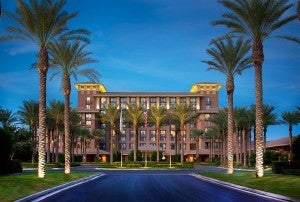 PHOENIX, Arizona – A hotel in Scottsdale paid 104 housekeepers and two job applicants more than $47,300 in back after a U.S. Department of Labor Wage and Hour Division investigation uncovered wage and employment violations by the establishment.

The majority of underpaid housekeepers came from the Philippines to work at the Westin Kierland Resort & Spa.

The investigation found that Westin Kierland failed to pay overtime wages for hours worked beyond 40 in a workweek. The resort also hired workers on H-2B visas and denied employment to local, qualified applicants in favor of foreign workers.

In addition to back wages owed, the hotel has paid $29,081 in penalties for the willful nature of the violations found.

Investigators with the division’s Phoenix District Office found that the employer routinely deducted 30 minutes for lunch breaks not taken by the housekeepers, and did not pay them for the time they worked before and after their shifts, resulting in more than $33,000 in unpaid overtime wages.

The investigation also determined $13,500 in back wages was owed to two local job applicants qualified to perform housekeeping duties, but denied employment at the hotel in favor of foreign workers hired under the H-2B temporary visa program.

“This investigation finally puts wages rightfully earned back into the pockets of vulnerable workers,” said Eric Murray, the division’s district director in Phoenix. “This case serves as a firm reminder that we will not allow employers to deny employment opportunities to local, qualified applicants in favor of foreign labor.”

The Fair Labor Standards Act requires that covered employees be paid at least the national minimum wage of $7.25 for all hours worked, plus time and one-half their regular rates, including commissions, bonuses and incentive pay, for hours worked beyond 40 per week.

Employers also are required to maintain accurate time and payroll records. In addition, there are limitations on hours and hazardous equipment prohibitions for minors under the age of 18.

H-2B employment must be of a temporary nature, such as a one-time occurrence, or for a seasonal or peak load need. The program requires the employer to attest to the department that it will offer a wage that equals or exceeds the highest of the prevailing wage, applicable federal minimum wage, state minimum wage or local minimum wage for the occupation in the area of intended employment during the entire period of the approved certification.

Additionally, certain recruitment and displacement standards have been established to protect similarly employed workers in the U.S. The Wage and Hour Division continues to enforce the provisions of the 2008 H-2B final rule.

(For additional information about the FLSA and the H-2B temporary visa program, call the Wage and Hour Division’s toll-free helpline at 866-4US-WAGE (487-9243). Information also is available at http://www.dol.gov/whd/.)