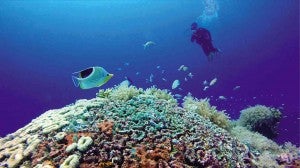 MANILA, Philippines – The United States (US) has paid P87 million to the Philippine Government as compensation for the damage caused to the Tubbataha Reef in Palawan by a US Navy ship.

The Department of Foreign Affairs (DFA) said in a statement Wednesday that the payment was made on Jan. 20, 2015, nearly a month before it was publicly disclosed.

“On 20 January 2015, the Philippine Government received from the US government the full requested amount of P87,033,570.71 as compensation for the damage caused to Tubbataha Reef by the grounding of the USS Guardian,” the DFA statement said.

“The compensation will be utilized for the protection and rehabilitation of Tubbataha Reef Natural Park, a Unesco World Heritage Site. Portions of the fund will also be used to further enhance capability to monitor the area and prevent similar incidents in the future,” it said.

DFA also said that the US will help the Philippine Coast Guard (PCG) upgrade their facilities in the Tubbataha Reef area.

“In addition to the compensation received, the US government is also providing additional assistance to the Philippine Coast Guard to upgrade the PCG Substation in Tubbataha,” the statement said.

What Went Before: USS Guardian running aground Tubbataha Reefs