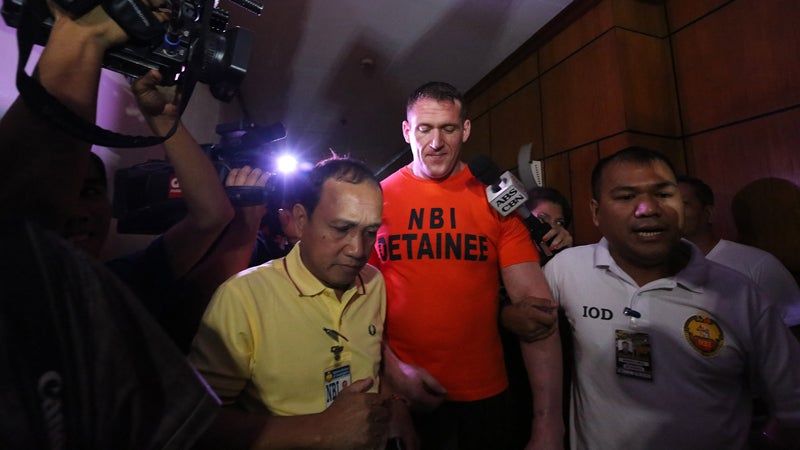 MANILA, Philippines–A British national convicted of various drug offenses in the United Kingdom (UK) who had been hiding in the Philippines since 2013 was arrested by the National Bureau of Investigation and scheduled for deportation Tuesday, according to the bureau’s top official.

NBI Director Virgilio Mendez described the deportation of John Halliday as the first extradition case between the UK and the Philippines since a treaty was ratified by the Senate in March 2014.

Mendez said officers from the West Yorkshire Police department arrived in the country on Monday to escort Halliday back to the UK where he is facing a 10-year sentence for illegal drugs.

He said Halliday arrived in the country in September 2013 and hid in various parts of Manila and Luzon with the help of some compatriots.

Mendez said Halliday was arrested in Taguig City based on a warrant issued by a Manila court as a “prelude” to his extradition.

The request for a warrant was based on a certificate of conviction and request for extradition of Halliday from the extradition section, judicial cooperation of UK, in June 2014.