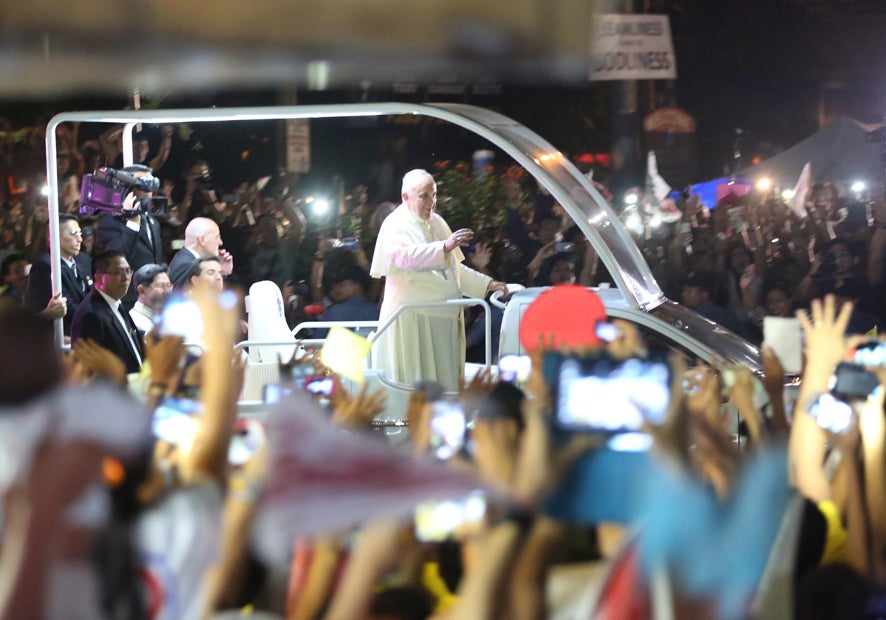 Dec. 17, 1936. Jorge Mario Bergoglio is born to Italian immigrants Mario, an accountant employed by the railways, and Regina Sivori, a homemaker, in Buenos Aires, Argentina.

March 11, 1958. Bergoglio chooses the path of priesthood and enters the novitiate of the Society of Jesus at the Diocesan Seminary of Villa Devoto.

April 22, 1973. Bergoglio makes his final profession with the Jesuits. Previously, he was novice master at Villa Barilari, San Miguel; professor at the Faculty of Theology of San Miguel; consultor to the Province of the Society of Jesus; and Rector of the Colegio Maximo of the Faculty of Philosophy and Theology.

July 31, 1973. Bergoglio is appointed Provincial of the Jesuits in Argentina and takes the helm for six years.

May 27, 1992. Bergoglio receives the episcopal ordination from Buenos Aires Archbishop Antonio Cardinal Quarracino in the cathedral.

He chooses the episcopal motto, “miserando atque eligendo” (Latin for “lowly but chosen”), and on his coat of arms inserts IHS—a Latin transliteration of the first three letters of Jesus’ name in Greek—the symbol of the Society of Jesus.

Dec. 21, 1993. Immediately after being named Episcopal Vicar of the Flores district, Bergoglio is appointed Vicar General of the Archdiocese of Buenos Aires.

June 3, 1997. Bergoglio is elevated to the dignity of Coadjutor Archbishop of Buenos Aires.

Feb. 28, 1998. Bergoglio, 61, succeeds Cardinal Quarracino as Archbishop of Buenos Aires—a diocese with more than three million inhabitants—upon the latter’s death. He also takes the helm as Primate and Ordinary for Eastern-rite faithful in Argentina.

Oct. 2001. Bergoglio is appointed General Rector to the 10th Ordinary General Assembly of the Synod of Bishops on the Episcopal ministry.

The Buenos Aires Cardinal also takes part in the Conclave in which Pope Benedict XVI is elected in April.

March 13, 2013. Bergoglio, 76, is elected the 266th Vicar of Christ, making him the first Latin American and the first non-European in more than a millennium to hold the highest position in the Roman Catholic Church. He chooses the name Francis, in honor of St. Francis of Assisi, who was known as a lover of the poor.

May 12, 2013. Pope Francis presides over his first canonization rites of Blessed Antonio Primaldo and his 812 companions of Italy, Blessed Laura Montoya of Colombia and Blessed Maria Guadalupe Garcia Zavala of Mexico.

July 22-29, 2013. Pope Francis makes his first apostolic journey outside of Italy to Rio de Janeiro, Brazil, for the celebration of the 28th World Youth Day.

Oct. 9, 2013. Pope Francis elevates Blessed Angela of Foligno to sainthood through equipollent or equivalent canonization, a process which bypasses the typical procedures and ceremonies.

Dec. 17, 2013. Pope Francis grants equipollent to St. Peter Faber, one of the cofounders of the Society of Jesus.

May 24-26. Pope Francis makes his pilgrimage to the Holy Land to commemorate the 50th anniversary of the meeting between the late Pope Paul VI and Orthodox Church Patriarch Athenagoras I in Jerusalem.

May 26. Pope Francis announces his visit to the Philippines in January 2015, with a trip to typhoon-devastated Leyte as the highlight of his visit.

Oct. 19. Pope Francis beatifies Pope Paul VI at the closing Mass for the Synod of Bishops.

Nov. 14. The Vatican releases Pope Francis’ itinerary for his pastoral journeys in Sri Lanka and the Philippines on Jan. 12-19, 2015. Pope Francis will be the third Supreme Pontiff to visit the Catholic-dominated country in the past 45 years.