What did Pope Francis write in the Malacañang guestbook? 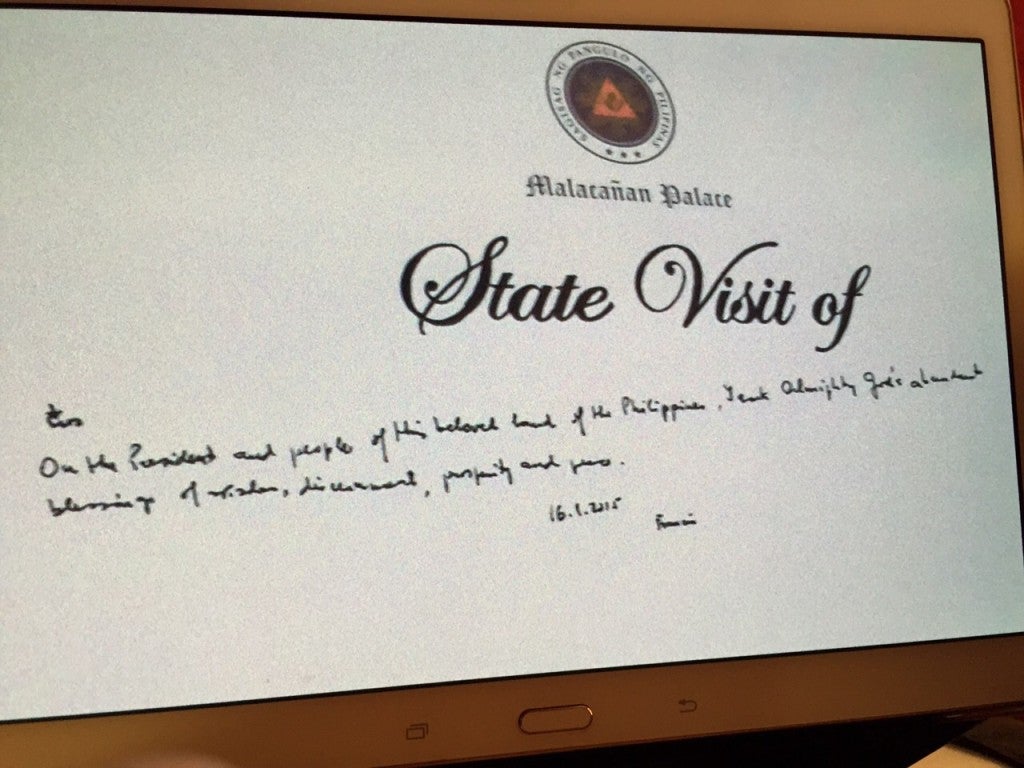 The words scribbled by Pope Francis in the Malacañang guestbook. Photo by Kristine Angeli Sabillo/INQUIRER.net

Manila, Philippines—Wisdom and prosperity for Filipinos. These were some of the things that Pope Francis wished for when he wrote in the Malacañang’s official guestbook on Friday.

His Holiness spent a minute or so scribbling his one-sentence message on the hardbound book as President Benigno Aquino III watched beside him.

His handwriting was small and thick and veered upward as he wrote.

He appeared to be copying from a printed card.

Below is a copy of his message:

On the President and people of this beloved land of the Philippines, I ask Almighty God’s abundant blessings of wisdom, discernment, prosperity and peace.