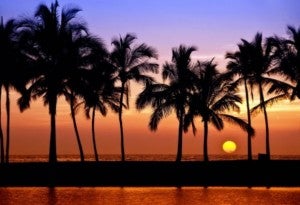 NEW YORK CITY — Filipinos have the highest proportion of undocumented immigrants in Hawaii, according to a new study released Wednesday, November 14.

The Migration Policy Institute (MPI) study shows that of the estimated 21,000 undocumented immigrants in Hawaii, 46 percent are from the Philippines, followed by Japan at 14 percent.

The study looked at the profile of undocumented immigrants in the United States over a four-year period ending in 2012.

About 68 percent of the undocumented immigrants in Hawaii are relatively new in the country, with nine years or less of US residence, yet most of them are in the workforce, at 66 percent, the study found.

Well established
Also, 80 percent of these undocumented immigrants have health insurance and 40 percent are homeowners.

While MPI analysis did not explain how they acquired their homes, considering they lack proper documentation, it says that most them have established themselves well and will likely stay permanently in Hawaii.

From 2000 to 2010, the latest US Census data reveal that Hawaii’s population increased by 12 percent, a growth mainly attributed to the consistent influx of immigrants to the islands.

Randy Capps, director of research for US programs at MPI, said that the data on undocumented immigrant population profiles would also be used to map out who may benefit from the new deferred action program.

“It’s going to be a similar platform,” Capps said in a teleconference last week. “We will be able to determine who are these unauthorized immigrants. Where do they live? When did they arrive in the United States, and from which origin countries? And what are their levels of education, employment and marital status?”

President Obama ordered last Thursday, November 15 the most sweeping immigration relief in US history, giving about five million people — including undocumented parents of US citizens and legal permanent residents — a temporary reprieve from deportation and allowing them to get Social Security number and work authorization for at least three years.

About 20 percent of the undocumented immigrants in Hawaii are parents of US citizens and green card holders — and thus may benefit from Obama’s executive action.

Largest number in California
Of the 50 US states, and Washington, DC, the study shows that California has the highest number of undocumented immigrants, accounting for more than three million of the state’s population.

Mexico, which accounts for 58 percent (6.6 million) of all undocumented immigrants in the United States, is the top country of origin in 39 states, followed by Guatemala, El Salvador, Honduras and China, the MPI analysis found.

Only five jurisdictions have their largest number of undocumented immigrants from another country: Hawaii (Philippines); Massachusetts (Brazil); Rhode Island (Guatemala); and Maryland and D.C. (El Salvador).

PH urges US to okay TPS for undocumented Filipinos