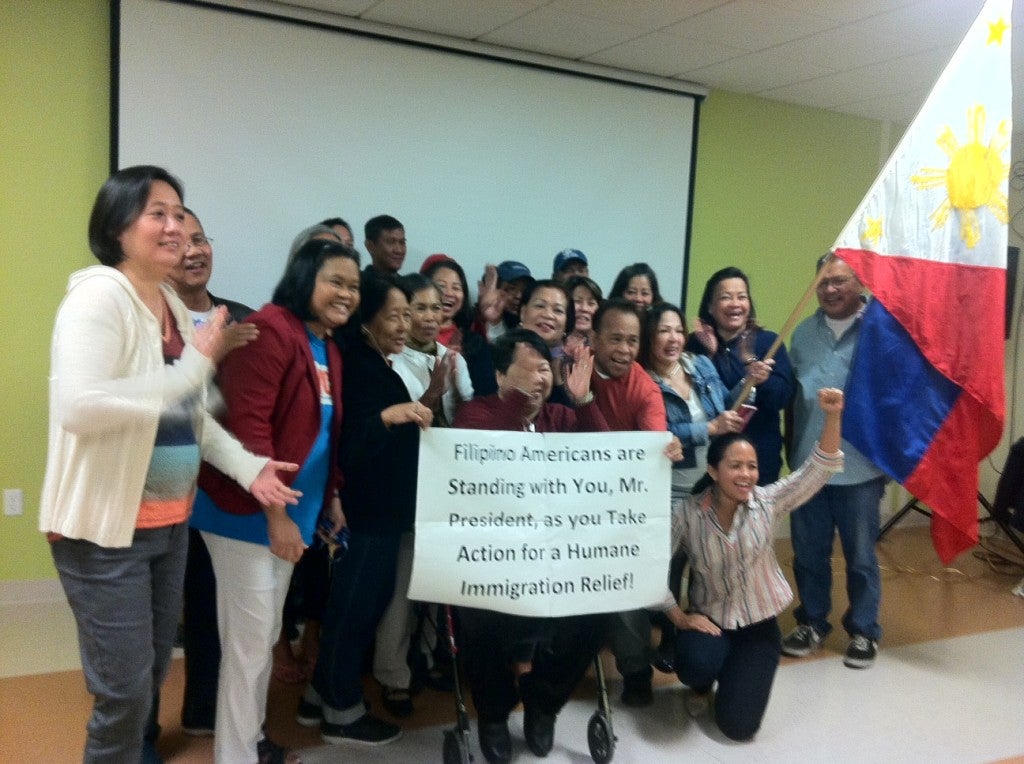 The “Watch Party,” which attracted care givers, domestic helpers, union leaders and members of the Association of Filipino Workers, also hosted a “tele-town hall phone conference” to inform workers, especially live-in caregivers who could not physically join them.

The callers main concern: “Can I apply now for work authorization and where do I apply?”

Rudy Y., of Glendale is waiting for his parents’ petition to come through for the last 20 years. He said he was able to work with a pending petition through his lawyer and he has paid taxes through all these years.

“I don’t know that Obama’s executive action covers people like me,” he said. He came to the town hall meeting to get more clarification if the executive order will impact his pending immigration status.

Alma, an accounting major from Iloilo, came to the town hall with questions about her status as a business contractor serving as a care provider. She claims to be a survivor of human trafficking, having been brought to the US in 2001 by a recruiter to care for two autistic children.

After two years working under abusive conditions, receiving and illegal wage of $500 a month for almost 24 hours of work and denied the use of phones, she left her employer.

For those who have been at the forefront to advocate for relief for undocumented immigrants Obama’s executive order was incomplete but nonetheless welcome.

In Washington, DC, the Kaya: Filipino Americans for Progress applauded Obama “for taking executive action to protect many undocumented immigrants from deportation. However, lasting progress requires legislation and we call upon Congress to act and pass comprehensive immigration reform.”

Government and community advocates estimate there are 11 million undocumented immigrants in the country, five million of whom are now eligible for work permits under Obama’s new immigration reforms.

The U.S. Citizenship and Immigration Services (USCIS) estimates there are 270,000 undocumented Filipino immigrants in the U.S. today.

The beneficiaries of Obama’s measures are the parents of US citizens and permanents residents, if those parents have been in the country for five years.

The new measures will also enable individuals who came to the US as children to apply for protection and work authorization if they entered the U. before January 1, 2010 (instead of June 15, 2007, under the existing Deferred Action for Childhood Arrivals or DACA program).

The new program is called DAPA or “Deferred Action for the Parents of U.S. citizens and legal permanent residents (LPRs). In addition, there will no longer be an age cap so that individuals will be eligible regardless of how old they are now. The DAPA program will be implemented starting May 2015. 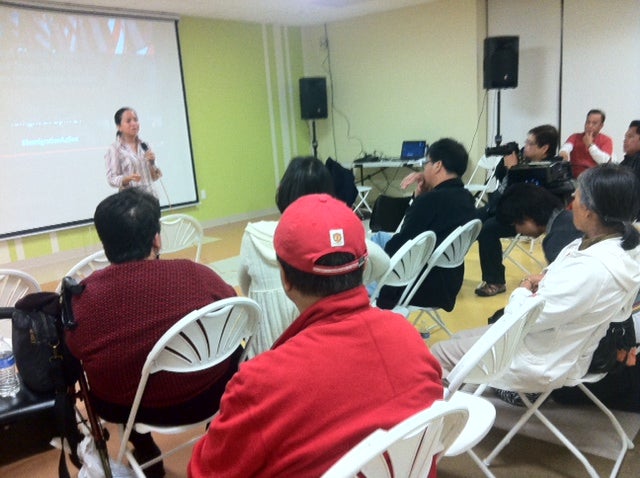 “This is victory for those in our community waiting temporary relief from deportation; many of them came through various visas to reunite with their families who are here with legal papers and permit to work,” said Aquilina Soriano Versoza, executive director of the Pilipino Workers’ Center.

She qualified that “while we are thankful of Obama’s executive measures, there are still a lot of people left behind although their chances of being deported now are low if they have not committed a crime.”

Anthony Ng, policy advocate for Advancing Justice- LA, was disappointed that many members of the community will be excluded, such as individuals who didn’t qualify for DACA. “It is the right step that the President took, but it falls short of being bold and inclusive,” he said.

“The new measures would have had a more significant impact if undocumented parents and individuals who do not have US citizen and/or legal permanent resident children were included,” Ng said.

In this regard, the National Federation of Filipino American Associations (NaFFAA) and other national organizations, have called on the Department of Homeland Security (DHS) to grant Temporary Protected Status (TPS) to Filipino nationals in the wake of Typhoon Haiyan. President Obama’s action is expected to benefit at least 150,000 Filipinos who have been here for at least five years.

Obama’s executive measure clearly stops short of a strategic move to assure undocumented but tax-paying immigrants of a pathway to citizenship.

“Congress must finish the job and work with the President in passing a comprehensive, bipartisan bill” said NaFFAA National Chairman JT Mallonga in a press statement. “The U.S. Senate passed one more than a year ago, with 68 senators from both parties voting for it. It’s up to the House leadership to do the right thing, now.”

Lolita Lledo, one of PWC’s program managers, exhorted supporters to continue with their advocacy to clamor for more changes in the immigration policies: “We don’t know what’s being planned next by the administration; the events are still unfolding, and it’s up to us to speak up and show our force to get the changes that we need as a community.”

Echoing Lledo, the Filipino Migrants Center in Southern California though its executive director, Joanna Concepcion, declared, “We will stand against the continued criminalization of many immigrant communities whose only ‘crime’ is to make difficult sacrifices to put food on their families’ tables, provide a good education and a better future for their children.”

Meanwhile, Versoza said the PWC was prepared to process applications for deferred action for parents of US citizens and legal permanent residents once the implementation process is finalized.

“The infrastructure is still being built to fix the immigration system, and thus all our collaborative efforts with agencies such as Advancing Justice-LA and others are important. No one person or entity can take care of everyone,” she said.

Karin Wang, vice-president of programs and communications at Advancing Justice – LA explained that “during this waiting period” beneficiaries of the executive order should begin gathering documents that will prove certain requirements such as identity, relationship to a US citizen or lawful permanent resident and proof of having lived continuously in the US for five years or more.

Versoza said PWC has scholarships to assist applicants with the fee requirements. She also warned applicants to be wary of illegal “notarios” who would falsely claim that people may start the application process now or charge illegal fees.

US cities gear up for surge in legal, social needs on eve of Obama immigration exec order

Obama on immigration–What took him so long?