Francisco retail workers may get a bill of rights 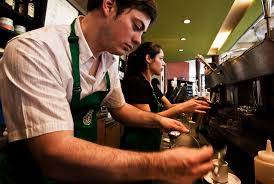 SAN FRANCISCO — Retail jobs can often involve erratic schedules, ones that are changed at the last minute and ones that are not set in advance. But soon, San Francisco retail workers may say goodbye to such unpredictability and receive more stable employment conditions.

In a unanimous decision, the San Francisco Board of Supervisors on Tuesday, November 18, approved the Retail Workers Bill of Rights. The bill, among other things, would require employers to provide workers with schedules at least 14 days in advance.

An estimated 40,000 workers will be affected by the ordinance. “This is an incredible victory for people in our city who are scraping by paycheck to paycheck and hour to hour,” said Gordon Mar, executive director of Jobs With Justice San Francisco, in a statement.

“San Francisco is on its way to ensuring more men and women in our community have schedules and hours that allow them [to] pay their bills, plan their lives and take care of their loved ones.”

“It’s hard for me to tell my kids, this is what we have for dinner tonight, because I don’t know how much I am bringing home,” she said in the statement released on Tuesday.

Other stipulations employers must abide by under the bill include: pay employees for four hours if they are on-call or sent home early; offer additional hours to existing part-time employees before hiring new ones; pay employees extra if schedules are changed at the last minute; and allow workers the same privileges as full-time employees in requesting for time off and for specific schedules.

The bill would apply to “formula retail” businesses in San Francisco. Such establishments include, but are not limited to, bars, restaurants and movie theaters with 11 or more locations.

Despite unanimous approval by the Board, the bill has received opposition from organizations, including the San Francisco Chamber of Commerce.

“Many formula retailers are in fact very small independent franchisees that have limited human resources capabilities and few employees to cover shift changes,” Jim Lazarus, the senior vice president of public policy of the San Francisco Chamber of Commerce, wrote in memo to the Board on November 13.

“Basically, they do not have the flexibility to comply with these proposed mandates,” he added.

The Board must vote on the measure twice before it can send it to Mayor Ed Lee for signing. The second vote is set to take place on Tuesday, November 25.