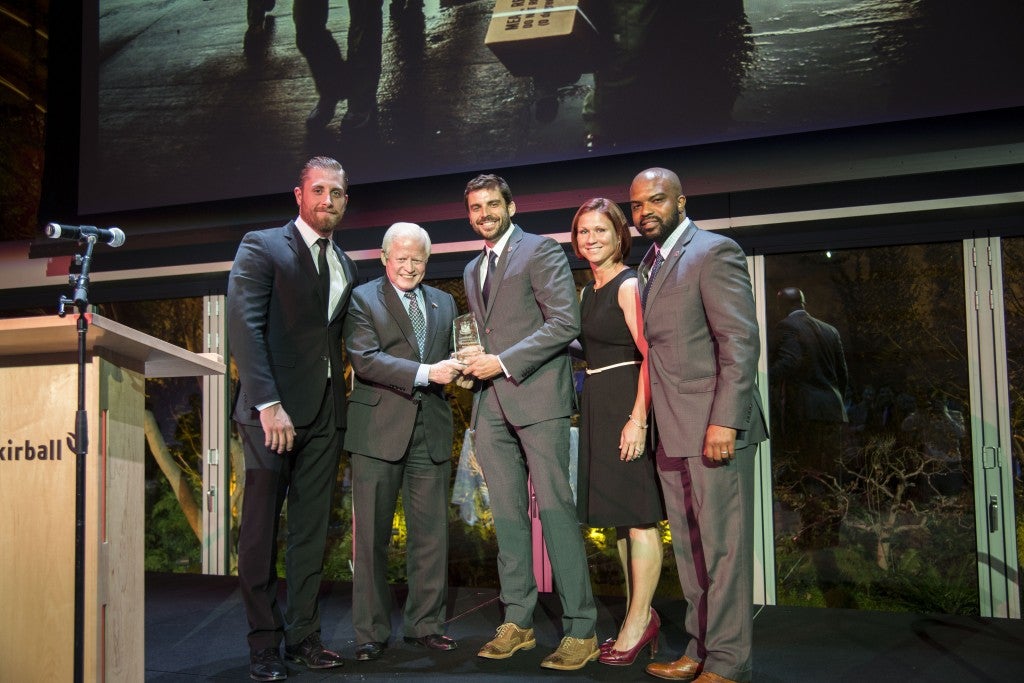 LOS ANGELES— Two California-based emergency response groups were honored for saving as many as 2,000 lives in Leyte in the immediate aftermath of last year’s devastating Typhoon Haiyan/Yolanda.

In separate ceremonies here, Ambassador Jose L. Cuisia, Jr. presented plaques of commendation to Mammoth Medical Missions of Mammoth Lakes and Team Rubicon of Los Angeles for the crucial role they played as the first foreign responders to arrive in typhoon-devastated Leyte.

“Many of our kababayans are alive today because of Mammoth Medical Missions and Team Rubicon,” Cuisia said.

“The casualty list could have been higher had Mammoth Medical Missions and Team Rubicon not made it to the area on time. As a result, numerous lives in Tanauan and nearby areas were saved.”

Described as the most powerful storm in modern history, Haiyan killed more than 6,000 people, injured close to 30,000 and displaced more than four million in its rampage across the Central Philippines. It also affected the lives of another 12 million in 44 provinces.

Cuisia recalled that it was at the height of Haiyan’s fury that the Philippine Embassy in Washington, DC received calls from Mammoth Medical Missions and Team Rubicon requesting permission to deploy teams to the Philippines.

He said Mammoth Medical’s team of 16 doctors and nurses led by Dr. Michael Karch was on its way to a mission in Mexico when they decided to divert to the Philippines where their expertise in mass casualty incidents would be put to better use.

At the same time, Team Rubicon, made up largely of military veterans, was also organizing a team for immediate deployment.

However, both teams could not proceed immediately to Manila as regulations require foreign medical missions to first secure permission from the Department of Health. The process takes at least 48 hours.

“We knew the situation was critical and time was of the essence,” Cuisia said, adding that he immediately called Health Secretary Enrique Ona in Manila and convinced him to waive the requirements for both teams.

Cuisia said he then called then Armed Forces Chief of Staff General Emmanuel Bautista and secured his commitment to make sure both teams reached the disaster area. The Embassy also requested Pilipinas 911, a local response group, to assist the two teams.

Less than 72 hours after Haiyan struck, Mammoth Medical was in Tanauan, Leyte, making it the first foreign rescue team to reach Ground Zero. It was followed a day later by Team Rubicon.

“Looking back, I know we made the right call,” Cuisia said. “Numerous lives were saved because of our friends from Mammoth Medical Missions and Team Rubicon and for that we will forever be grateful.” ###

Read Next
Greater stability for prosperity, Aquino tells Asian business execs
EDITORS' PICK
DILG to stranded workers: ‘Stay where you are’ until Luzon-wide quarantine is over
BREAKING: 1,075 people in PH has coronavirus disease – DOH
Style and music journeys with Claudia Barretto
UP-PGH wards for COVID-19 patients finished in 5 days
IATF: Food firms to operate with 50% of workforce during Luzon quarantine
Cebu City closes its borders
MOST READ
Pacquiao to seek probe on leaked private letter from Barangay Dasmariñas
Tootsy Angara bares neighbor wanted them out of village
All 3 COVID-19 positive patients in Bicol sent home
BREAKING: 1,075 people in PH have coronavirus disease – DOH
Don't miss out on the latest news and information.