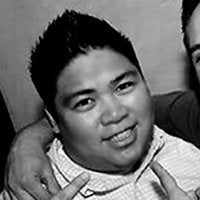 SAN FRANCISCO — “Alex from Target” https://www.youtube.com/watch?v=qX6Iq8b71L4 didn’t become a viral sensation by chance, according to the Huffington Post http://www.huffingtonpost.com/2014/11/03/alex-from-target_n_6095038.html .

Dil-Domine Jacobe Leonares, the Filipino American CEO of a marketing company called Breakr, claims to have engineered the whole “Alex from Target” phenomenon as “a way to see how powerful the fangirl demographic was,” according to a post on LinkedIn.

Leonares wrote on LinkedIn that one of the company’s “fangirls” who lives in the United Kingdom posted Alex’s photo on Twitter and the company — which claims to help connect “fans to their fandom” — encouraged the other fangirls to share Alex’s photo using the #AlexFromTarget hashtag.

The company doesn’t specify whether the fangirls are paid or just devoted followers.

“Truly, we never thought it’d go this far, but it proved that with a strong fan base and rally the fangirls, you can,” Leonares told Cnet.

Target, which initially embraced Alex’s newfound fame on Monday, says it wasn’t in on the gag. The company released a statement Tuesday night, emphasizing that the company has no affiliation with Breakr and that the retailer “had absolutely nothing to do with the creation, listing or distribution of the photo.”

“We value Alex as a team member and from the first moment we saw this photo beginning to circulate, we shared that the Target team was as surprised as anyone,”the statement reads.

Though Leonares told CNet that Alex did give permission to have his photo taken by a local fangirl, it’s unclear if Alex knew where the photo would end up.

In an email to The Huffington Post, Leonares reiterated that his company “had no direct contact” with Target or with Alex.