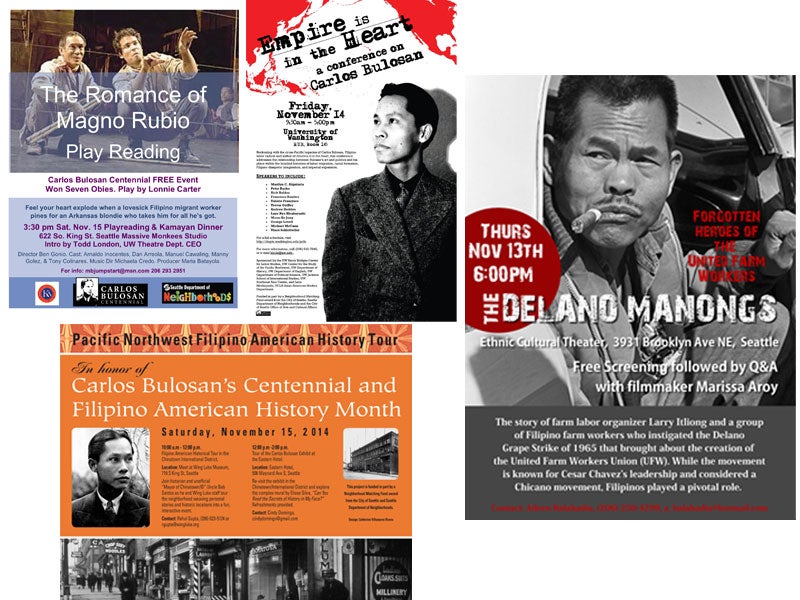 SEATTLE, Washington — A broad coalition of educators, union activists, community organizers and artists have come together to organize a two­month­long series of events to commemorate Filipino American history and what would have been Carlos Bulosan’s 100th birthday.

Building off of the permanent Carlos Bulosan exhibit at the Eastern Hotel in the International District neighborhood, the Carlos Bulosan Centennial committee aims to reach a wide audience to share Bulosan’s history, artistic work and impact even today on contemporary social issues.

As a radical labor organizer and author of the book America is in the Heart, Bulosan set the groundwork for Seattle’s rich history of labor activism and community organizing, from the Alaskeros and ILWU Local 37 activists to the fight for community preservation in the International District.

The committee aims to connect the events of the past with today’s civil rights, immigration and labor movements.

This project is funded in part by a Neighborhood Matching Fund award from the City of Seattle, Seattle Department of Neighborhoods.

All events are free for the community. For more information contact: Derek Dizon (206) 353­​5062 [email protected]