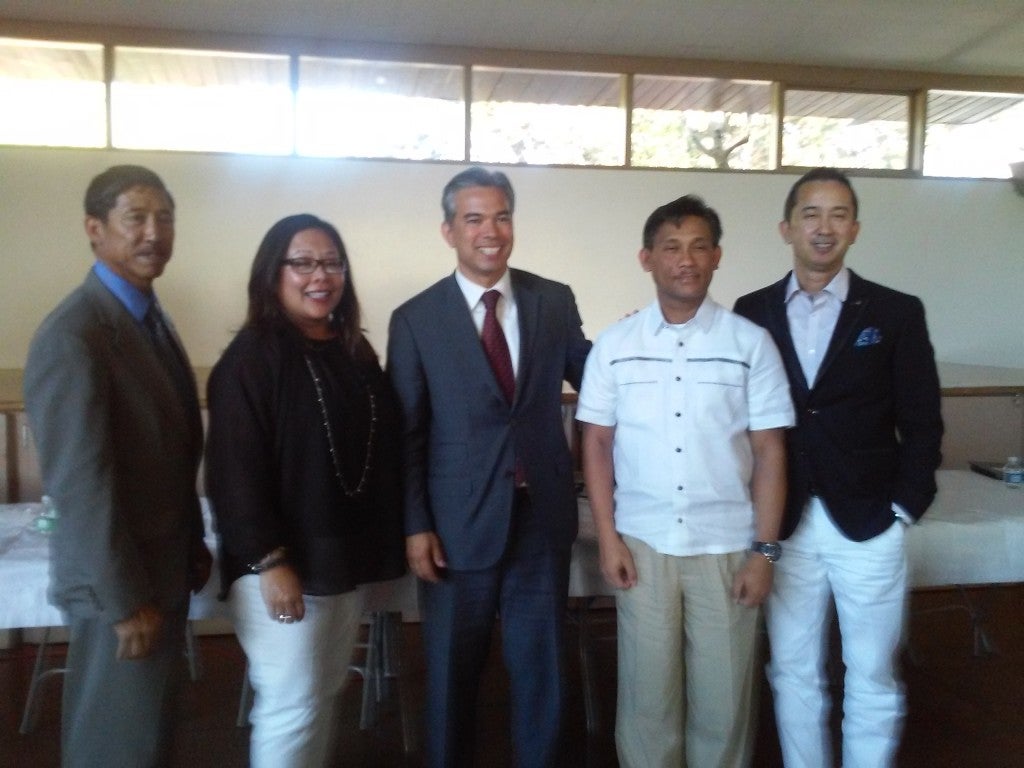 OAKLAND, California – An ambitious plan is afoot to connect Filipinos around the globe with one another, through an online and bricks-and-mortar school and a global credit union through a movement called One Filipino.

A brainchild of Gawad Kalinga USA Chief Executive Officer and Chairman of the Board Tony Olaes, the One Filipino grand plan has the vision of connectivity not just among all Filipino Americans, but also of Filipinos across the globe.

It would involve, among others, the establishment of a school (both regular and online) and a credit union that would have for its members Filipinos around the globe.

Filipinoschool.com will be online starting early next year. The actual school scheduled to start next quarter will be spearheaded by a group responsible for about 72 Filipino classes being taught in junior high, high school and college levels in San Diego, California.

It will teach history and language as the foundation and courses on business, political empowerment, financial literacy and food as well.

“Since it is going to be an online portal, people not only get to learn in the United States but in the entire diaspora and even in the Philippines as well,” explained Olaes. 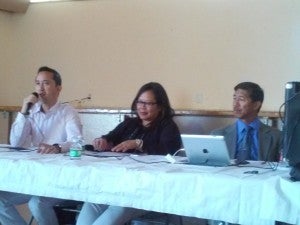 “Being born and raised here in the US, you only know what you know. And when you go back to the Philippines you think you are separate from them. But when I went to visit the Philippines, I was inspired by how friendly, how nice and generous everyone from the squatter community was. Seeing how they lived but still happy to live that way and how warm they treated me made me ask, ‘What makes them different from me?’ What I came up with through my inquiry is that we are all connected,” Olaes explained.

For Bonta, the vision created by Olaes of the school, the credit union, and the web portal was most welcome.

“He is an amazing visionary and strategist,” Bonta said of Olaes. “He recognized that great work is being done by Filipino American leaders in different initiatives that are making progress but are not connected together. And we have a larger vision of connectivity among all Filipino Americans and Filipinos across the globe as well. That was what one Filipino movement was all about. And we have a lot of Filipinos now supporting it and helping it move forward and it is very exciting,” Bonta exclaimed.

Bonta also expressed elation that the Olaes plan is very apt to this year’s Town Hall theme of “Awakening the Sleeping Giant,” referring to the Filipino American community that has yet to reach its full potential.

“We are the largest Asian-American group in the state of California, of about 1.5 million Filipinos which is about 4 percent of the state’s population. We are also the second largest Asian Pacific Islander population in the entire nation with about 4 million Filipino Americans aside having the largest population of Asian Americans that are obtaining lawful permanent residency in California. With this, we have more than enough voices to accomplish great things in the state, in the country that are important to the Filipino American community,” stated Bonta.

Bonta acknowledged that Filipinos must do away with the many barriers and walls that cause too much divisiveness that keep Filipinos Americans from speaking with one voice on issues.

For his part, Consul-General Henry Bensurto revealed that it was the first time he saw and listened to the Olaes plan.

“I was very impressed because for the first time I saw an abstract being translated to something operational,” Bensurto said. “I think it deserves the support of Filipinos not only in the United States but outside as well. And it think this is one great hope for the Filipino nation to come and get together and be one strong voice in terms of global politics.”

Asked what the consulate can do for the success of the plan, Bensurto stated that it could support its implementation and the promotion of the plan’s concepts in a much broader way.

“We need to have more of this town hall just as we need more Rob Bontas who has been doing a lot of good to the Filipino American community,” Bensurto asserted.

Other panelists were Appointment Secretary of California Governor Jerry Brown Mona Pasquil, who had a similar eye-opening realization of her Filipino roots as Olaes after her trips back to the Philippines, and President of the Filipino American National Historical Society Mel Orpilla, who enumerated the early struggles of Filipinos in America and the challenges they faced.

Pasquil, the first ever Filipino American to serve as California appointments secretary, was given a Presidential Citation by President Gloria Macapagal-Arroyo for her achievements, which included being acting California Lieutenant Governor. She urged Filipino Americans to reach for the top and assert themselves in pursuit of the American dream.

“If ever you need a push to reach your goal and maximize your potential, get in touch with me and I will be ready to help,” urged Pasquil.