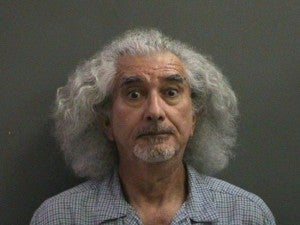 SAN FRANCISCO — A former schoolteacher Robert Ruben Ornelas, 63, was held in federal custody October 24 for traveling to the Philippines to have sex with an underage girl and making a video of the encounter.

Ornelas allegedly traveled to the Philippines in March 2012 and engaged in sexual conduct with a girl who was approximately 14, reported KTLA5 News.

As a sexual tourist Ornelas also took video of his encounter with the girl and brought the images with him when he returned the US, according to the affidavit in the case, which also includes evidence linking him to the sexual molestation of other victims.

Information and images found on Orenelas’ computer and digital media uncovered communications between Ornelas and several underage girls in the Philippines dating back to 2007, reported KTLA5.

Investigators also found numerous sexually explicit photos and videos of other underage girls, according to the release.

Charges were still pending against Ornelas in Orange County following his arrest in June 2013 on two counts of lewd conduct with a child for allegedly molesting a relative from 1990 to 1995.