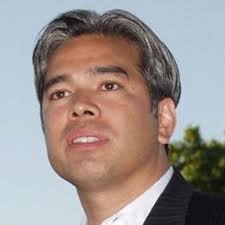 California lawmaker Rob Bonta is on a hot streak.

OAKLAND, California – The first Filipino-American elected to the California State Legislature, Rob Bonta (D-Oakland), ended his first term with an impressive record of 16 out of 20 principally authored bills signed by Governor Jerry Brown.

It’s a remarkable achievement for a first-timer and the lone Fil-Am representative in the State. Bonta, 42, is “excited” and seeks re-election in two weeks. Given his performance, he doesn’t seem worried about his lone opponent David Erlich, 43, an electrician and a Republican from San Leandro.

FilAm Star last week caught up with the dynamic state official as he was preparing for an appointment. He talked about his more significant bills, his accomplishments, as well as his challenges since he was elected as Assembly member to District 18 in November 2012.

“I’m very proud this past session to author the Bill that addressed the highest underfunded liability in the State (AB1469). That’s the CalSTRS (The California State Teachers’ Retirement Systems) underfunded liability of $7.4billion, the pension plan of our hard-working teachers was one of the biggest financial challenges.”

Bonta said he worked together with teachers, school districts and the state “on a shared responsibility approach where everybody put more money without changing the benefit so that we fully funded the program over the course of 30 years.”

Fiscally, it was an important step for a public educational system to continue attracting and retaining high quality teachers.

It was also for the public schools that Bonta authored The Safe Schools and Safe Learning Act of 2013 (AB514). It provides resources to support youth who have been victims of school-based discrimination, harassment or bullying (including their families), gang violence, psychological traumas caused by violence at home, in school and in the community.

But for Bonta, the more important Bill that was signed at last year’s sessions was AB123. It made the state curriculum include the contributions of Fil-Ams to the California farm labor movement.

Bonta said that the Bill was significant to him “as someone whose parents were farmers and organizers with the United Farm Workers of America when the great Filipino leaders like Philip Vera Cruz and Pete Velasco were there. And as a History major who studied gaps and silences in US history and gave voice to those gaps and silences.”

Bonta said AB123 “got only one ‘no’ vote from both houses. It was a really good example of what the Fil-Am community can accomplish when they come together and create a movement.”

Perhaps, the biggest challenge to Bonta is gun control and making Oakland safe. This is where his earlier AB180 and AB187 figured.

“In the Fall after I was elected, the Sandy Hook Elementary School shooting occurred in Newtown, Connecticut (when a 20-year old shot 20 children and six adults, using a gun from his mother’s collection). It ignited a national debate and focus on gun violence. It was not only important nationally. It was also something that hit so close to home.”

“At that time, Oakland had the highest number of murders due to gun violence in the last six years. It wasn’t plateauing, it wasn’t going down. I wanted to make a difference, so I had a number of bills. Some of them got to the Governor’s desk.”

One of them was AB180. Bonta said, “It was a bill to allow the city of Oakland to make its own (gun) owner licensing and registration laws. As of right now, only the State can have gun laws.” AB187 “was a tax on ammunition that would have created a pot of money to help cities and states that are most impacted by gun violence and it would also help provide mental treatment for children.”

“The tax on ammo bill died in committee because the Governor took the stand that there would be no new tax unless the people of California voted for it. He decided to go a different direction with AB180.”

Undaunted, Bonta said, “We continue to fight this year with tremendous help from our budget chair, we got $2million in funding for state crime reduction to find different programs that have proven records for reducing crime in Oakland.”

Even then, Bonta’s AB1629 extends peer counseling services and reimbursements to victims of crime, including gun violence, alongside sexual harassment.

Bonta said he “loves being of service to people.” When he was a City Council member in Oakland, he affected the lives of about 75,000 people. “The community where I live, raised my kids and sent them to school.”

“Now the scale is massively different. There are 87 assembly members and 40 senators. A total of 120 people from the whole state forms the legislature. California has the eight largest economy in the world. So, we’re essentially a country. If California were a country, we would be Congress. We would make decisions that affect 38 million lives.”

To Bonta, that opportunity is “a tremendous honor” and one that should not be taken lightly. Looking back, two years ago, he would have counseled former runningmates Jennifer Ong and Chris Mateo, “Every time you run, run to win. Don’t run to put your name on the ballot so that maybe next time (voters) will remember you. There is no next time. You have to run to win this time.”

“What you need to do to win is to raise money, knock on doors, send out mail, make phone calls, and gather everyone in the community to be volunteers who will support you in a full-pledged campaign. Get the message out after you think about it and communicate it to the voters.”

“It’s not rocket science but it’s a lot of hard work. Many candidates don’t do the hard work. And I think it’s important as we now develop a positive brand of elected Fil-Am officials. Because once Fil-Am officials who do it right are in office, they help every Fil-Am candidate.”

“Jennifer Ong ran a very competitive race. She did all those things. A few votes in the other way and she’d be in the Assembly. She doesn’t need any tip from me. If she wants to serve, she doesn’t have to be afraid to run again.”