‘Pemberton thought we were real women’ 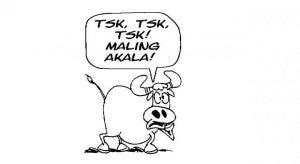 MANILA, Philippines–Under colorful lights and the influence of alcohol, things are not what they seem.

And inside a motel room, realization of the truth can be deadly.

That may be why transgender Filipino Jeffrey “Jennifer” Laude of Olongapo City is now dead. And Pfc. Joseph Scott Pemberton of the US Marine Corps is held as a suspect in a 28-cubic-meter, air-conditioned freight container at Armed Forces of the Philippines headquarters in Quezon City

“Pemberton thought we were real women,” Laude’s friend and companion on the night she was killed in an Olongapo motel, Mark Clarence “Barbie” Gelviro, told the Senate foreign relations committee on Wednesday.

Still Pemberton took Laude and they went to a motel.

It must be his youth, and even AFP Chief of Staff Gen. Gregorio Pio Catapang was surprised to see how young he was.

“He’s just a boy,” Catapang described Pemberton, 19, at a news conference after the US Marine’s transfer to Camp Aguinaldo on Wednesday.

Because Pemberton is “very young,” Catapang said it was agreed that another American soldier would be assigned inside the container.

“They said there should be another soldier inside because the kid might consider suicide,” Catapang said, without explaining who “they” were.

In the Senate, Laude’s sister, Michelle, denied Jennifer was a sex worker.

“No she was not,” Michelle said, responding to a question from

Sen. Miriam Defensor-Santiago, the committee chair. “That was the only time she went out after staying home for months up to a year.”

Michelle said Jennifer was a simple, happy person and that from the beginning their family respected her sexual orientation.

Gelviro, who turned up at the hearing covered in a purple shawl, said that Laude chatted with Pemberton, and then they decided to leave for the motel.

When they left the bar, Gelviro accompanied Laude and the serviceman to Celzone Lodge, and stayed in the room for several minutes. Gelviro said she did not notice any sign Laude was maltreated.

“After 5 to 10 minutes, Jennifer asked me to leave. There was no violence. Before leaving, I told Pemberton: ‘You safe (sic) my friend,’ and he said: ‘OK,’” Gelviro said.

Gelviro said she could identify Pemberton in a lineup of Marines.

While leaving the motel room, Gelviro said, she met a male acquaintance and stayed in another room with him for 20 to 30 minutes.

Then the motel cashier came knocking to inform Gelviro that Laude had lost consciousness.

Motel cashier Elias Gallamos, for his part, said Pemberton did not appear to be in a hurry when he left the room, which was beside the counter.

Gallamos said that when he first went up to the room, the door of the bathroom was closed. He went back after less than 30 minutes, and discovered Laude slumped on the toilet seat.

“He appeared to be embracing the toilet bowl,” he said. He thought Laude had only lost consciousness.

Then he informed Gelviro about Laude’s condition and called the police.

Throughout the couple’s stay, Gallamos said he only heard footfalls.