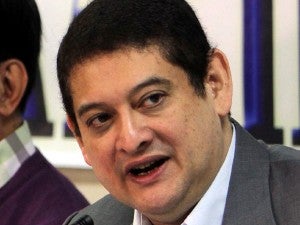 MANILA, Philippines–After scrutinizing the Department of Health (DOH) and other government agencies on the measures being enforced to prevent the entry of the deadly Ebola virus into the country, the Senate on Wednesday said efforts to achieve such goal were impressive and that it was doing everything “humanly possible” to prepare in dealing with the disease.

At the end of the two-hour hearing, Sen. Teofisto Guingona III, chair of the committee on health, emphasized that the public also has a key role to play in efforts to boost the country’s defenses against the virus and to ensure the real problem will not be aggravated by fear and hysteria.

“This is not just the role of the DOH or the government. We also need the cooperation of all Filipinos, especially the workers who will be coming home from West Africa as well as the media,” said Guingona.

World Health Organization (WHO) country representative Julie Hall said fear was traveling faster than the virus and 90 percent of the economic and social impact of the Ebola outbreak that is ravaging countries in West Africa can be rooted from fear.

“The media plays a big role in helping control it. The more information out there, the easier it is to control that fear. Once fear is [controlled] we can deal with the realities of the disease,” Hall stressed at the hearing.

At the hearing, Health Secretary Enrique Ona said Filipino peacekeepers from Liberia and OFWs coming from Sierra Leone and Guinea would be quarantined for 21 more days upon arrival in the country to be “doubly sure” they do not have the virus.

While there were “a few thousands” of personal protective equipment and gears readily available for use by health workers in handling Ebola patients, the health agency has already contacted its supplier in Singapore and made “the necessary orders,” said Ona.

He also informed the committee that the DOH, with RITM, was conducting an extensive three-day training course next week for doctors and hospital staff from both the public and private hospitals in handling and treating patients with Ebola.