Is Laude a he or a she? Even SC is confused | Global News
Close
menu
search

Is Laude a he or a she? Even SC is confused 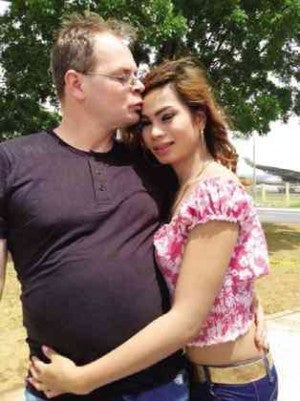 MANILA, Philippines–Should transgender Jeffrey “Jennifer” Laude be referred to as “he” or “she”?

The Inquirer refers to Laude, who was allegedly killed by a US Marine in Olongapo City on Saturday, as “she,” following The Associated Press Stylebook, which recommends respect for the “pronoun preferred by the individuals who have acquired the physical characteristics of the opposite sex or present themselves in a way that does not correspond with their sex at birth.”

Laude’s case has revived the question: Can a man legally become a woman and vice versa? For the Supreme Court, only in extremely rare circumstances, when nature itself blurs the lines between the sexes.

The Supreme Court has confronted the question of sex change or gender reassignment twice over the last decade, a time of mounting calls for greater legal recognition of the LGBT (lesbian, gay, bisexual and transgender) community across the globe.

On the one hand, the court allowed a woman stricken with a rare congenital condition to become a full-fledged man.

On the other, the court rejected the request of a man to be legally recognized as a woman, saying surgical sex alteration may not be used as legal grounds to change his sex.

From Jennifer to Jeff

“The current state of Philippine statutes apparently compels that a person be classified either as a male or as a female, but this Court is not controlled by mere appearances when nature itself fundamentally negates such rigid classification,” the Supreme Court’s Second Division said in a ruling written by now-retired Associate Justice Leonardo Quisumbing.

“Respondent here has simply let nature take its course and has not taken unnatural steps to arrest or interfere with what he was born with. And accordingly, he has already ordered his life to that of a male,” the court said.

Cagandahan, born female on Jan. 13, 1981, developed male characteristics while growing up due to a condition called congenital adrenal hyperplasia (CAH).

The condition lent him intersex biological characteristics at birth—that is, he had both male and female reproductive organs. But by puberty, his male side had become more dominant, subduing his initially female characteristics by producing higher levels of androgen (male hormones) and suppressing the menstrual cycle.

A day before his birthday in 2005, a local court in Siniloan town, Laguna province, granted Cagandahan’s request for correction of entries in his birth certificate to make the change legal: his sex from female to male, and his name from Jennifer to Jeff.

The Office of the Solicitor General (OSG), however, raised the matter to the Supreme Court, arguing that the change was illegal, and that Cagandahan’s medical condition did not make him male.

But the Supreme Court disagreed, recognizing the biological changes that one afflicted with CAH goes through. As the court noted then, CAH is a rare condition diagnosed in one in 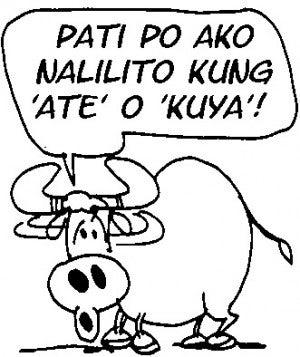 Upholding the lower court ruling, the Supreme Court noted that Cagandahan’s sex change followed a natural course, and not done through surgery.

“Respondent is the one who has to live with his intersex anatomy. To him belongs the human right to the pursuit of happiness and of health. Thus, to him should belong the primordial choice of what courses of action to take along the path of his sexual development and maturation,” the Supreme Court said.

“In other words, we respect respondent’s congenital condition and his mature decision to be a male. Life is already difficult for the ordinary person. We cannot but respect how respondent deals with his unordinary state and thus help make his life easier, considering the unique circumstances in this case,” the court said.

About a year earlier, the Supreme Court threw out a petition for change of name and sex in the birth certificate, ruling that surgery—an unnatural alteration—does not merit legal recognition.

The Oct. 22, 2007, First Division ruling, written by then Associate Justice Renato Corona, began with a biblical quote: “When God created man, He made him in the likeness of God; He created them male and female (Genesis 5:1-2).”

“The court recognizes that there are people whose preferences and orientation do not fit neatly into the commonly recognized parameters of social convention and that, at least for them, life is indeed an ordeal. However, the remedies petitioner seeks involve questions of public policy to be addressed solely by the legislature, not by the courts,” the Supreme Court said.

Rommel Jacinto Silverio, a transsexual, won a petition to be legally recognized as female in the Manila Regional Trial Court Branch 8 on June 4, 2003, two and a half years since he underwent sex reassignment surgery in Bangkok, Thailand.

Recognizing testimonies of Silverio’s plastic surgeon and American fiancé Richard Edel, the court granted his request to be legally recognized as Mely, a woman.

In the ruling, the Manila court said “granting the petition would be more in consonance with the principles of justice and equity.”

The lower court decision was, however, reversed by the Court of Appeals in 2006 on a petition of the OSG. Silverio asked the Supreme Court to junk the appellate court’s ruling, but was rejected.

Name change not a right

Upholding the OSG’s argument that Silverio’s petition lacked legal basis, the Supreme Court ruled that the “change of name is a privilege, not a right,” and may not be granted “on grounds of sex reassignment.”

The court said changes in the birth certificate may only be granted in cases of clerical or typographical errors, following the country’s civil law.

Citing the biological definition of male and female, the court ruled that “the words ‘male’ and ‘female’ in everyday understanding do not include persons who have undergone sex reassignment.”

“Considering that there is no law legally recognizing sex reassignment, the determination of a person’s sex made at the time of his or her birth, if not attended by error, is immutable,” the court said.

“While petitioner may have succeeded in altering his body and appearance through the intervention of modern surgery, no law authorizes the change of entry as to sex in the civil registry for that reason. Thus, there is no legal basis for his petition for the correction or change of the entries in his birth certificate,” it said.

The court also cited possible implications of granting Silverio his petition, as the country’s civil law strictly recognizes marriage to be between a man and a woman.

“The changes sought by petitioner will have serious and wide-ranging legal and public policy consequences. First, even the trial court itself found that the petition was but petitioner’s first step toward his eventual marriage to his fiancé. However, marriage, one of the most sacred social institutions, is a special contract of permanent union between a man and a woman,” the court said.

“To grant the changes sought by petitioner will substantially reconfigure and greatly alter the laws on marriage and family relations,” it ruled.

Retired Justice Jose Vitug brought up the matter in a lecture on reforming the Philippine Civil Law last week.

He made reference to both cases in his lecture, but said Philippine legislation is still a long way from giving legal recognition to same-sex unions.