MANILA, Philippines—The question of who takes custody of Private First Class Joseph Scott Pemberton, the suspect in the killing of Filipino transgender Jennifer Laude, is threatening to derail the immediate filing of charges against the American serviceman, according to an Olongapo police official.

Kabataan Party-list Rep. Terry Ridon, who went to Olongapo to lead a preliminary probe, said on Wednesday, that Chief Insp. Gil Domingo, the commander of the police station handling the case, revealed to his group that the custody issue has slowed the criminal prosecution of the suspect.

“The Olongapo police [are] actually adamant on beginning the inquest proceedings against Pemberton. However, the issue of custody is stalling the process and leaves the PNP no choice but to go through direct filing,” Ridon said in a statement. 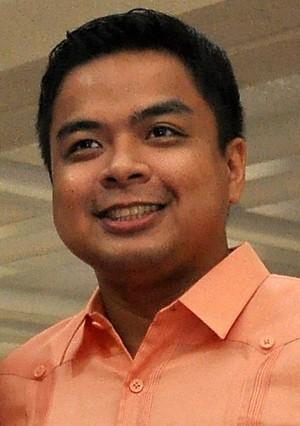 Ridon divulged these updates on the day that the family of the victim, transgender Jeffrey “Jennifer” Laude, filed a murder complaint against Pemberton at the Olongapo prosecutor’s office.

“During inquest proceedings, the PNP [Philippine National Police] is duty-bound to produce the suspect in their custody. But because of Pentagon’s insistence on Pemberton’s custody, Philippine authorities are left with no choice but to pursue a direct filing in the fiscal’s office,” the legislator said.

“The implication of having to go through direct filing is that it provides the opportunity for Pentagon to whisk Pemberton away from the country, given that technically, no charge has been filed and no warrant of arrest has been issued at this point,” Ridon said.

Ridon said Domingo also told him that the Olongapo police had already drafted the criminal case against Pemberton and were only waiting for the autopsy report to complete the filing.

Pemberton is to be charged with murder.

But the congressman said he was not convinced that this move would be sufficient in ensuring that the Philippine justice system’s jurisdiction over Pemberton would be honored.

“The delay in the filing of charges against Pemberton due to custody issues should be reason enough for Washington to waive custody and for the Philippine government to insist custody of Pemberton,” Ridon said.

At this point, Pemberton’s custody is “solely based on the mere voluntary cooperation of the US military,” he said.

“This custody issue is a clear proof that the VFA [Visiting Forces Agreement] is truly an unequal treaty. Instead of protecting Filipinos, the provisions of the VFA on custody of criminally liable military servicemen are actually barring us from exacting justice,” Ridon said.

AFP on VFA, Laude issues: Why burn the whole house if only one corner has leak?

Read Next
Pope Francis urged to spend more time with ‘Yolanda’ survivors in pastoral visit
EDITORS' PICK
A laptop that maximizes your WiFi so you can maximize your productivity
Why Tagle is a leading papal contender
In Borongan, nuns play hoops (not mahjong)
Powered by style, innovation and passion
House energy committee chair Arroyo bats for cheap electricity
KWF has no power to ban, censor written works – Lagman
MOST READ
Why Tagle is a leading papal contender
Zubiri on SRA mess: Shameful, disgusting
Gilas gets solid core with Clarkson, Sotto planing in
Arjo Atayde reveals proposal to Maine Mendoza was ‘more than a year’ in the making
Don't miss out on the latest news and information.