AFP respects US security advisory to Americans in PH 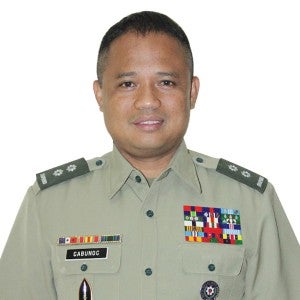 Lieutenant Colonel Harold Cabunoc said Thursday the AFP, like the United States, wishes to uphold the safety of its citizens and foreign nationals in the country after the Philippine National Police arrested three men who allegedly plotted to bomb several targets in Metro Manila.

“We respect the US Embassy on their advisory; we also in the AFP together with PNP want to assure the safety of the Filipinos and the foreigners living in the country,” Cabunoc said.

He added that the US government has their reasons to issue the warning as they look after their citizens who reside in the country.

In the advisory that the US Embassy issued, it reminded all US citizens “to remain vigilant and maintain an appropriate level of personal security in all circumstances.”

The three suspects were arrested on Tuesday and were known to have links to terrorist groups.

Cabunoc said that they have not received reports of any plots to bomb key areas in Metro Manila.

“We don’t have reports; we have not received any information regarding plans to detonate bombs in Metro Manila and disrupt the peace,” Cabunoc said.

He added that they would work to keep the peace for “us to marvel at the sights of the Philippines.”