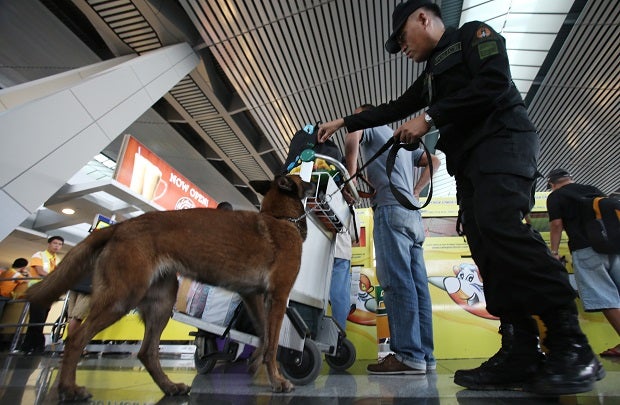 MANILA, Philippines – China asked the Philippines to get to the bottom of the alleged terror plot against Chinese nationals and interests in the Philippines following the foiled bomb-plot at the Ninoy Aquino International Airport (Naia) Terminal 3.

“The Chinese embassy also hopes Philippines will take measures to ensure the safety of Chinese nationals here and embassy staff members,” it said.

The perpetrators arrested at the Naia Terminal 3 were found with improvised incendiary devices and admitted in interrogation that want to send a message to the Philippine Government to toughen its stance in the territorial dispute with China.

They were also reportedly planning to attack SM Mall of Asia, DM Consunji Inc., and the Chinese Embassy.

The Department of Foreign Affairs (DFA) in a press conference Tuesday afternoon said that those behind the bomb plot were merely “misguided elements” and their intended violent acts against China are not the position of the Philippine government.

“We believe these arrested people are misguided elements of an isolated plot. We are not concerned that this will [become a deeper problem with China],” DFA spokesman Charles Jose told reporters Tuesday.

“We will explain to China in a note verbale and assure them that these [planned attacks] are not official government policy to use violence in resolving the ongoing territorial dispute,” he said.

Philippines and China are locked in a maritime dispute over the South China Sea, which is claimed in its entirety by China through the nine-dash line claim.

Philippines has challenged China’s claim before an international court in January 2013. China however has refused to participate in the proceedings insisting it has “indisputable sovereignty” over the region.

DFA: Bomb plot not to cause deeper problem with China

Gov’t set to push through with 3rd Naia runway