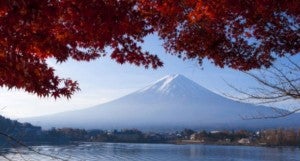 MANILA, Philippines–Japan has started its “substantial relaxation’’ of visa requirements for nationals from the Philippines, Indonesia and Vietnam to lure more tourists into the East Asian country.

The Japanese embassy in Manila said in its website that the substantial relaxation of multiple visas that started last Tuesday for the three countries had been announced as early as June 17 by the ministerial council on the promotion of Japan as a tourism-oriented country.

“In addition to the relaxation of visa issuance requirements, the period of validity will be extended for up to five years,” the embassy said.

Also, applicants residing outside of their countries of origin can apply at the diplomatic mission which has jurisdiction over their place of residence.

Japan will also simplify, starting in November, the application procedures for those traveling in package tours that are handled by registered Japanese travel agencies.

The embassy said these measures would contribute to the promotion of Japanese tourism and to “the even higher goal of attracting 20 million foreign visitors, the growth strategy, as well as the promotion of people-to-people exchanges.”

The embassy said Japan had relaxed certain conditions for the issuance of multiple-entry visa for short-term stay for eligible applicants since it started to issue them last July 1.

Those eligible for multiple-entry visas will be allowed to stay in Japan for a period of 14 to 30 days.

For them to be issued the visa, they have to meet any of the following conditions:

Among the documents that applicants will need to submit are: a visa application form, machine-readable passport, proof of previous travel to Japan, bank certificate, employment certificate and letter of explanation for requesting the visa.–With Matikas Santos, INQUIRER.net