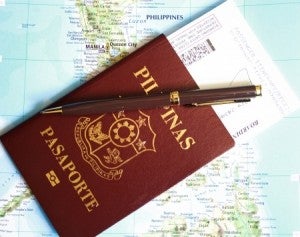 MANILA, Philippines — The Japanese Foreign Ministry has announced the first step of relaxed visa requirements for Indonesia, Vietnam and the Philippines to boost the country’s tourism industry.

“For nationals of the Philippines and Vietnam, multiple-entry visa requirements will be substantially relaxed, and requirements for single-entry tourism visas will be relaxed to a quasi-exemption-equivalent level when applied via specified travel agencies,” the Japanese Foreign Ministry said in a statement Tuesday.

“For e-passport holders of Indonesia, visas will be exempted based on prior registration at the Embassy or Consulates General of Japan in Indonesia,” it said.

The relaxation of requirements was described as “an initial step” to the realization of visa exemptions which Japan hopes will promote the country’s tourism.

“The objectives of these measures are to promote Japan as a tourism-oriented country with the even higher goal of attracting 20 million foreign visitors, to contribute to growth strategies, as well as the promotion of people-to-people exchanges,” the statement said.

“The details of the measures including the beginning date of application are currently under consideration,” it said.

At least 100,000 Filipinos visited Japan in 2013. Japan had previously eased visa requirements for Southeast Asian countries by giving visa free privileges to nationals of Thailand and Malaysia and granting multiple entry visas for tourists from Vietnam and the Philippines.